Art near the Park 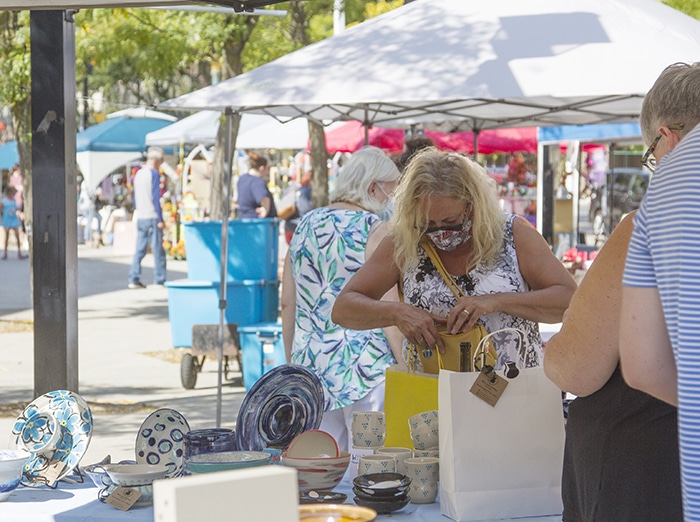 Attendees of the second annual Art In The Park event enjoyed some local art and fresh food recently.

Held at the Downtown Chatham Centre on Sept. 26, vendors were accommodated indoors and outdoors.

Originally set to take place at Tecumseh Park, the two-day event with art vendors was moved to the Downtown Chatham Centre after the province-wide announcement to limit the size of unmonitored and private events and gatherings. 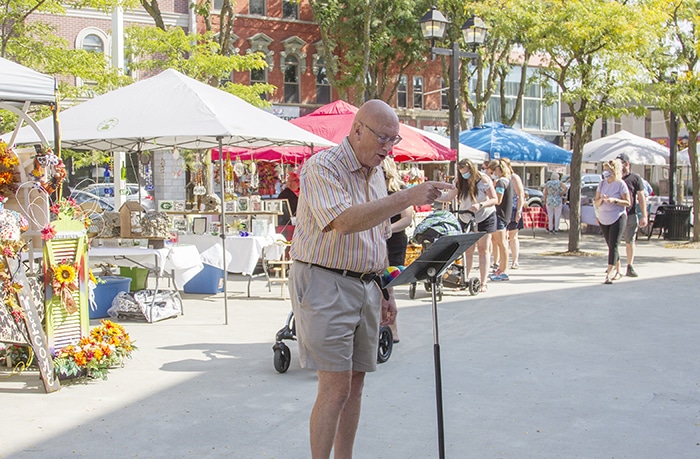 The Veranda’s Clair Culliford reads a poem to attendees of the second annual Art In The Park event recently.

art in the parkChatham-Kentdowntown chatham centre