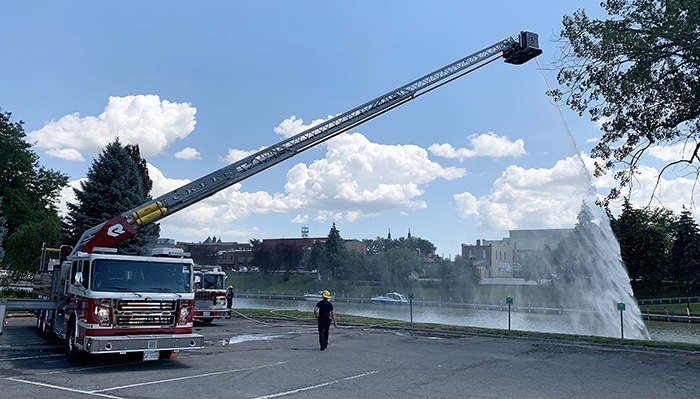 Firefighters from the Chatham-Kent Fire Service conduct pump training earlier this week in a municipal parking lot just off Thames Street in Chatham.

The crews had the remote nozzles from both trucks in action, spraying directly into the Thames River, and along its banks.