Yesterday, members of the Chatham-Kent Police Intelligence Unit executed a Controlled Drugs and Substances Act warrant at a residence in Chatham.

Approximately $19,000 worth of suspected methamphetamine was seized along with digital scales and a large quantity of cash.

Dewhyne Labadie, 57, of Chatham, was charged with possession for the purposes of trafficking.

Stacey McDonald, 37, of Chatham, was charged with possession for the purposes of trafficking.

Anthony Peterkin, 31, of Chatham, was charged with possession for the purposes of trafficking and failing to comply with his release conditions. 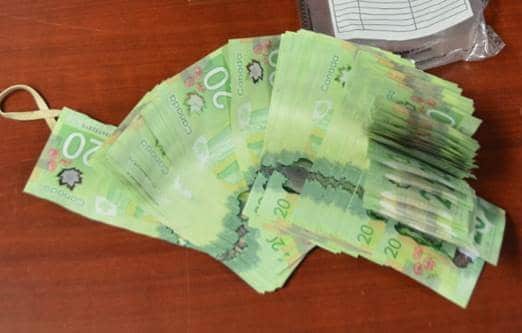 Yesterday morning, an officer on general patrol observed a vehicle travelling at a high rate of speed on Queen’s Line.  The officer recorded the man driving 151 km/h in a posted 90 km/h zone, police say.

Last night, an officer on general patrol observed a man, known to be a suspended driver, behind the wheel of a vehicle travelling on Grand Avenue East in Chatham.

The officer initiated a traffic stop and confirmed that the man was suspended for unpaid fines.

A 37-year-old Chatham man was arrested and charged with driving while under suspension and using a plate not authorized for the vehicle.  His vehicle was towed from the scene and impounded

Around 3:30 a.m. this morning, police responded to a single motor vehicle collision on Bear Line Road near Gregory Drive in Dover Township.

Upon arrival, officers observed that the vehicle left the roadway and struck a hydro pole.

The vehicle was a rental car and the driver was no longer on scene.  Total damage was estimated at $15,000.