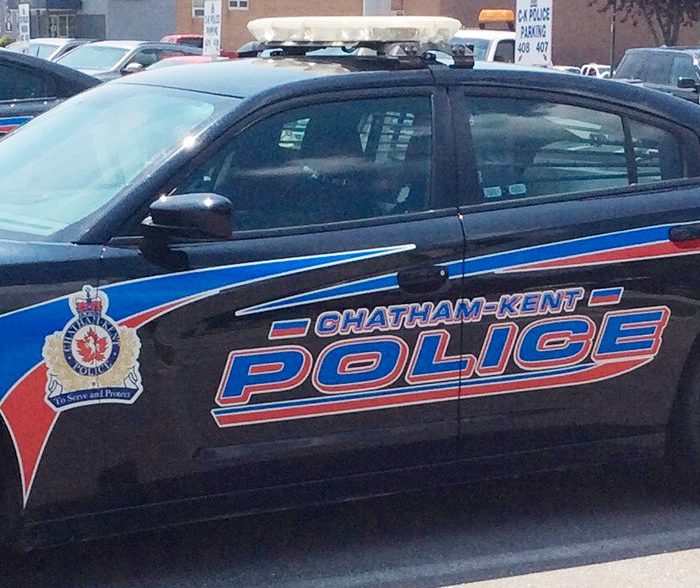 Yesterday afternoon, police responded to a collision involving a pedestrian in a parking lot on St. Clair Street in Chatham

The driver, a 65-year-old Chatham man was not injured.

Charges were not laid as the collision occurred on private property.

Around 2 p.m. yesterday afternoon, a member of the Traffic Unit observed a vehicle travelling at a high rate of speed on McNaughton Avenue East in Chatham. The officer recorded the man driving 102km/h in a posted 50km/h zone.

The driver, an 18-year-old Chatham man, was charged with stunt driving.

Members of the Chatham-Kent Police Service were kept extremely busy last night as thunderstorms blew through the area.

Emergency Communications Centre manager Sheri Somerville adds, “Last evening’s weather event was likely one of the more busier times we have ever experienced in the Emergency Communication Centre. The communication staff on duty worked tirelessly to provide the best service delivery possible. We were overwhelmed with call volume and all calls were important and required attention. It was an amazing volume of work and we are very proud of the services they provided last night while this was unfolding.”

Yesterday, police received information that a man was continually sending his ex-girlfriend e-mails, despite being cautioned by police.

A 35-year-old Wallaceburg man was arrested and charged with criminal harassment.

Sometime late Tuesday night or early Wednesday morning, someone stole a black 2012 Mercedes from a residence on Turquoise Court.

The vehicle was recovered last night in London.