On Dec. 20 around 4 a.m. police responded to the report of a suspicious man on the porch of a residence on Fairview Line.

The man fled prior to police arrival, however through investigation, police learned that the man had entered an attached garage, stealing a pair of work boots.

The scene was examined and evidence was seized for forensic analysis.

On Feb. 18, police received information from the Centre of Forensic Sciences stating that a DNA profile was generated and matched that of a local man.

All that was left was to track the guy down.

Bryan Demars, 39, of Chatham, is charged with break and enter.

Yesterday afternoon, police responded to the report of a man damaging a parked truck on James Street in Wallaceburg.

The owner of the truck confronted the man, who fled on foot.

Officers located the man across the walking bridge and he was arrested on Wallace Street.

Nathan Chauvin, 27, of no fixed address, is charged with mischief. 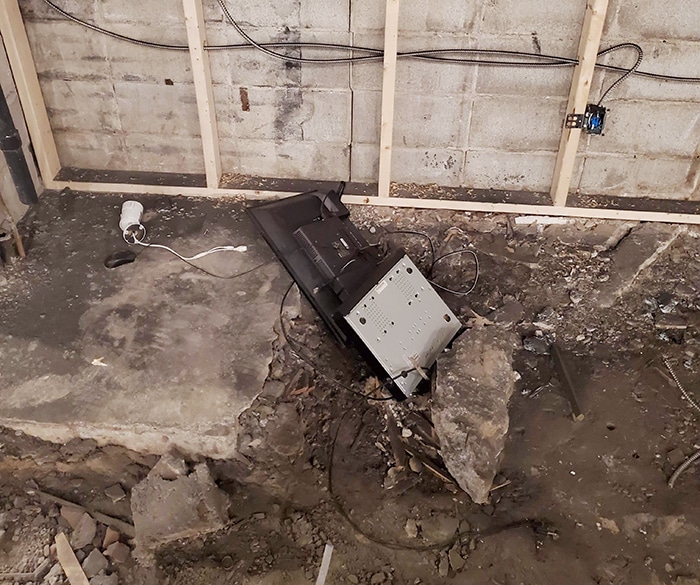 Last night, just before 9 p.m. police say an observant citizen called the cops to report a break and enter in progress at a business under construction on Grand Avenue in Chatham.

As officers arrived, the woman was found standing by the point of entry.

Officers entered the business and found a man hiding in the attic.

Mark Dillon, 39, of Chatham, and Amy Desrosiers, 41, of Blenheim are charged with break and enter.

Shortly after 5:00 a.m., police responded to an alarm at a business on Lark Street in Chatham.

Officers entered the building and located the man inside.

Jeremiah Caron, 38, of Tilbury was arrested and charged with break and enter.

Sometime yesterday between 12:30 a.m. and 7 a.m. someone forced their way into a van in a parking lot on Dufferin Avenue, causing about $500 damage.

Total value of the theft has been estimated at $500.

Expensive collision, but no one hurt

A 75-year-old Chatham man is charged with making a turn not in safety.