Service clubs donate to help feed the people of Chatham-Kent 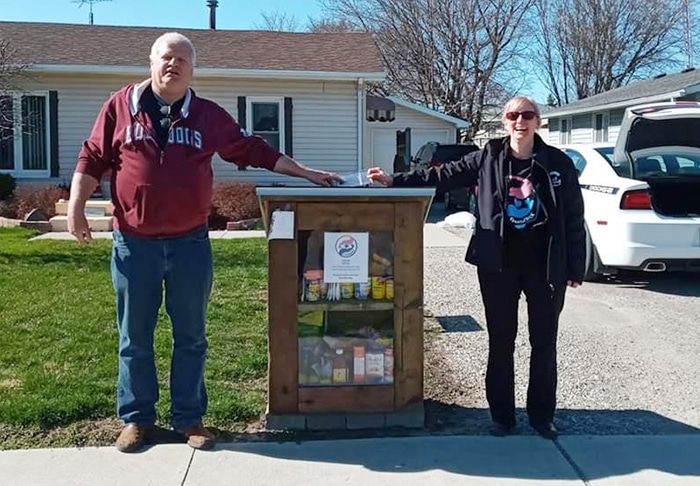 Scott Williston, president of the LaSertoma Club of Chatham, hands over funds to Geri Hughson from FreeHelp CK. The LaSertoma and Sertoma Clubs of Chatham have joined forces to donate funds to a number of charities in Chatham-Kent to help feed those in need.

Chatham’s LaSertoma and Sertoma Clubs teamed up to help others recently.

The organizations donated thousands of dollars to help feed those in need.

Scott Williston, president of LaSertoma Club of Chatham and a member of the Sertoma club, said the decision was simple.

“We said, ‘Let’s help the community as best we can, but let’s co-ordinate,’” he said.

The clubs spread the money to help as many people as possible, Williston said.

Chatham LaSertoma members donated $1,000 to the WISH Centre to help feed children; $500 to ROCK Missions, which delivers meals to the homeless; $500 to Free Help CK, another organization that delivers meals to those in need; have committed to ensure 100 servings of soup are supplied to FreeHelp CK each Tuesday for the next six weeks to ensure people are fed; and donated $500 to the Tilbury Help centre to help feed those in need in Tilbury.

“These organizations have been very appreciative of what we’ve done. It’s a tough time as people aren’t donating,” Williston said.

If it weren’t for a change in government regulations, the two clubs wouldn’t have been donating either.

“We raise a lot of our money through bingos, and the government normally is very strict on how that is spent. But the government urged groups to help within their communities,” Williston said. “We donate to a lot of children’s groups, but they are all shut down right now. We took that money and decided to help feed the people in Chatham-Kent.”