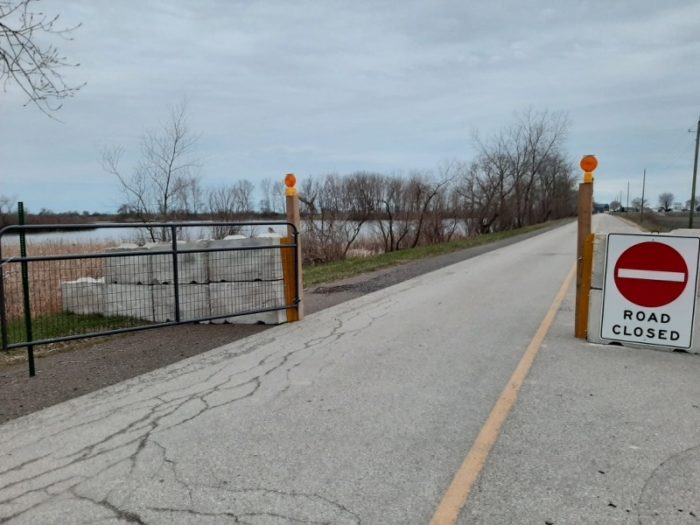 The Lower Thames Valley Conservation Authority is issuing a flood warning for Erie Shore in effect until April 17.
Gentle winds in the forecast for the rest of Wednesday with moderate west to southwest winds rising to speeds between 25-20 km/hr, taking over on Thursday.

There is risk of flooding along Erie Shore Drive.

“Along Erie Shore Drive in Chatham-Kent flooding has been observed with wind speeds around 25 km/hr, should the winds come from the right direction for a long enough period of time. Residents and workers in the area should pay attention to local conditions,” states the media release.

There is also some risk of shoreline damage, erosion or flooding all along the Lake Erie shoreline, including the high bluffs.

Waves on Lake Erie tomorrow are predicted to be in the 1 to 1.5 m range.

Long range forecasts suggest there could be another period of strong southwest winds over the weekend and possibly into early next week.

People should take extra caution and avoid the shoreline should conditions get rough. The waves can be strong and the shoreline slippery. There could also be hazardous debris within the waves and water which could be thrown onto the shore.