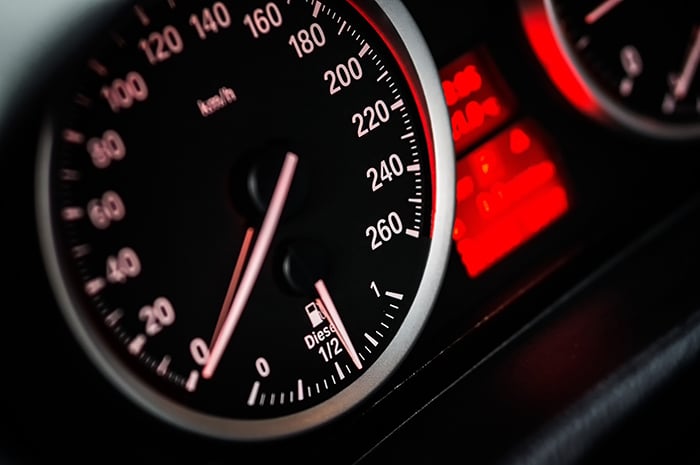 Reaction to the COVID-19 virus by the public can be viewed in many ways similar to how people drive.

There is a segment of the population that blasts along the highways, oblivious to road conditions; then there is the vast majority of drivers who take things a bit slower and adjust accordingly; followed by the group of drivers who overreact and crawl along at a snail’s pace.

With COVID-19, the speedsters are the folks who continue on with their lives as if nothing has happened – or more importantly, could happen; while the slow drivers are the people who are buying up all the toilet paper and the cleaning products to hoard; and then there’s the rest of us, who purchase what we need and take hand-washing and distancing precautions.

I guess what you don’t really see on the highway is the collection of idiots who buy up as much hand sanitizer, toilet paper and disinfectant wipes as they can, with the plan to re-sell them at a big profit.

Yeah, those scum-like folks who are preying upon the needs and fears of others. Thankfully, places such as Amazon and Kijiji are prohibiting the use of their sites as reselling areas for these people.

The lowest of the low aside, let’s focus on the next layer, the panic-stricken shoppers who attacked store shelves recently, purchasing way more toilet paper, disinfectant wipes, hand sanitizer and other products out of irrational fear.

They essentially, helped create a shortage – not of toilet paper, but of disinfectant wipes and other products.

What you people have done is potentially create a situation where someone who could have used such products to prevent the spread of COVID-19 instead did not have them and the virus spread as a result.

I popped into a local grocery store last Thursday to purchase a handful of items (nothing COVID-19 panic related), and was floored to see how busy the store was. It appeared every second person had toilet paper in their cart (at least they generally had just one package). Some filled their carts with food and cleaning supplies.

The woman in front of me in the 1-16 items aisle clearly had more 16 items (panic mode is also selfish mode). Included in her goods were seven canisters of disinfectant wipes and two cans of disinfectant spray. What household needs such a volume of the wipes?

I also noticed at least one vehicle parked in the handicapped spaces that did not have a handicapped sticker (selfish mode).

I left with my four items, but I could see how someone could walk into that store, see so many people in panic mode, and simply give into mob mentality.

And that brings me to the speeders – the people who say they aren’t worried about catching COVID-19, as they are young and robust.

What about transferring the illness to others who don’t share your age level or constitution?

Your selfishness could put others in jeopardy.

People, we will get over this. Wash your hands regularly, wipe down door handles, light switches and other heavily used and shared surfaces regularly.

Folks who will suffer, not from the illness, but financially, are small businesses. We urge our readers to continue to buy local/shop local and especially support locally owned small businesses.

Help them survive a loss of business anyway you can.

We noticed an excellent suggestion on social media this week: If you can, purchase gift certificates from local small businesses during this slowdown. You can use them as you need them, or use them as gifts. But by purchasing the gift certificates now, the merchants benefit in the short term, the time where they are in greatest need of support as COVID-19 will keep other patrons away.

Shop online for these gift certificates if you can; otherwise pop in and snag them. Grabbing a gift certificate is an in-and-out shopping effort. You aren’t lingering to browse.

Ever notice that during the winter, there are few things better than a nice bowl of soup with some bread?

I happen to be married to a great soup creator. Mary Beth is the queen of broccoli-cauliflower-cheddar, chicken noodle, jalapeno popper and other soups.

Her sister and sister-in-law aren’t too shabby at soup crafting either.

On a recent weekend (OK, this was back in February and no one had travelled anywhere in the time prior to the soup night),  I was still dealing with my nagging cold, there was nothing more perfect than a family soup night.

Mary Beth made her broccoli-cauliflower-cheddar masterpiece; Jane came up with a gnocchi soup that was low sodium and still full of flavour, and Delynne brewed up a seafood offering that was delicious as well.

And with soup, you have to have bread, as I mentioned. Delynne baked some garlic biscuits, while Mary Beth and Jane brought some artisan breads.

I was done after two “sampling” bowls.

Hot soup seems to help break up chest congestion and open up one’s sinuses, just what I needed.

I highly suggest having a soup night with family and/or friends. It’s not expensive, offers some flavourful variety, and is quite likely darned good for you.

It shows you what a small world we live in when friends of ours from the City of Kawartha Lakes recently went to Bowling Green, Fla., and came across some folks from Chatham.

Kawartha K.J. said she was good friends with Mary Beth and me, and the man responded, “That’s the guy with the Big Green Egg.”

Barbecue season – the sun shining later into the evenings – is upon us. Light up that grill and enjoy a little outdoors time!