Canadian music icons The Irish Rovers are on tour, and, as luck would have it, they will bring their party into the Chatham Capitol Theatre on St. Patrick’s Day.

“It worked out that way on the tour. We did a video there about five or six years ago. It was a great, lively place,” he said. “The people in Chatham know how to have a good time. I think they are all Irish at heart, especially on St. Patrick’s Day.”

It’s the culmination of an 18-city tour for The Irish Rovers, who are on tour in support of their latest CD, Saints and Sinners.

Millar, the lone original member of the Irish-Canadian group, said the band mixes in a smattering of new material with old favourites during their performances. Fans can rest assured they will certainly hear classics such as “Wasn’t that a Party?” – that’s the name of the tour after all – as well as memorable tunes such as “The Unicorn,” “Drunken Sailor” and more.

“We know what’s going to please the audience, and I know what they want to hear,” Millar said. “When you slip in the new songs amongst the older material, it doesn’t seem to upset the fans.”

He said he doesn’t mind playing the classic hits night after night.

“What you do when you have a song like ‘The Unicorn’ and ‘Wasn’t that a Party?’ is you sort of reinvent the song. You keep the band on its toes and everyone has fun with the songs,” he said. “You just do it a wee bit different when you can. It keeps the butterflies in your stomach. You need that edge, the wee bit of nervousness.”

The Irish Rovers formed initially in Toronto in the mid-1960s, comprised of transplanted Irishmen. They shifted to Calgary and continued to grow.

By 1971, they had their own television show. Millar said that helped propel Celtic music into the households of many a North American. It remains popular to this day.

“The TV show is a big reason Celtic music became so popular. Then along came the Riverdance. It got younger people involved. All the lovely looking dancers – it really brought Celtic music back into the fold all over the world,” he said.

As for when Millar and the rest of the Irish Rovers will hang up their guitars, fiddles and accordions, he said it’s up to the public.

“It’s the most amusing thing. It all comes down to the fans in North America. They keep coming out,” he said. “All of a sudden, an awful lot of younger people are at our shows.”

The band recently performed in front of a university audience in Orono, Maine, Millar said, and the fans “brought the house down.”

“We’re all feeling good. People still want to come see us, so there’s no reason to stop,” he said. “After 53 years, we’re still doing it.”

Millar joked he chose the right genre of music – Celtic – in which to grow old in and continue to perform.

“We’re not in rock & roll, so we don’t have to try to get into spandex,” he joked. “The great thing about Celtic music is you can lose your hair and your belly can come out a little bit and it’s okay.”

As for what the immediate future holds, it’s time off after the Chatham show, followed by a tour of Western Canada and then Ireland next year.

“If you don’t enjoy what you’re doing, it’s time to stop doing it. We certainly enjoy ourselves and the fans sure enjoy what we’re doing,” Millar said. 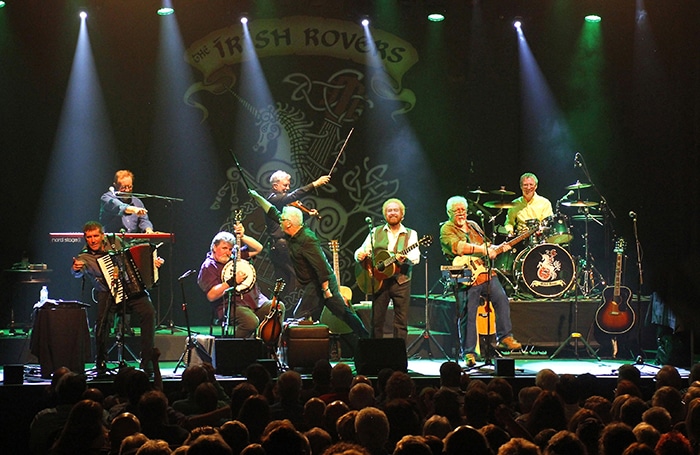