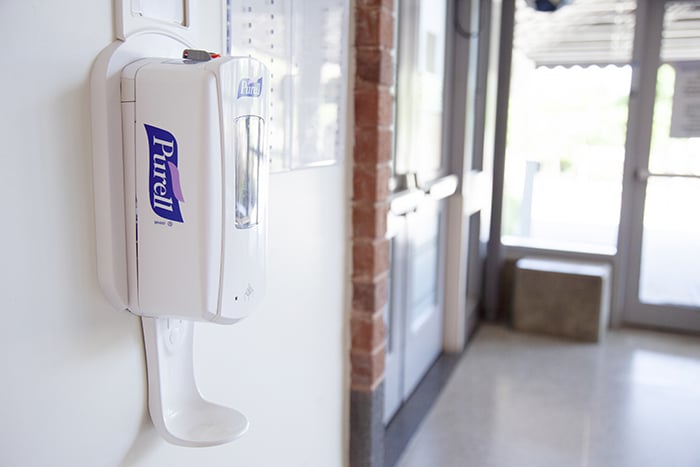 Chatham-Kent Health Alliance officials say they’ve already seen a surge from this year’s flu season, and were able to handle it without an issue.

This year, the alliance received $300,000 in surge funding from the province, enabling the organization to open five additional hospital beds during surge season.

Greg Aarssen, head of the hospital board, said in recent weeks, the demand for beds increased as flu patients were admitted for care.

“The demand for our beds was at or approaching capacity. These things happen when you have a flu outbreak or something like it,” he said.

Aarssen commended staff and volunteers for handling the surge so seamlessly, to the point the public attending the hospital would not have known a surge had taken place.

Lori Marshall, president and CEO of the CKHA, said staff were “very judicious” this year with the surge planning, not opening the additional beds until they were needed. That flexibility allowed the alliance to open a total of 14 beds at peak surge time.

“We didn’t open the beds when we didn’t need to, which means we are able to open an additional nine beds – 14 total – when the surge hit,” she said. “We were able to close the extra nine after the surge, but we still have the additional five open.”

Marshall said the influx of patients with the flu is more complex than just pointing them to a bed. A typical length of stay for such a patient is from seven to 10 days, whereas for surgery, the average stay could be much shorter, perhaps four to five days.

“What happens in a surge is not only you have more people who are presenting as sick, you also have what we call fewer ‘bed turns,’” Marshall said. “That also leads to your surge. Medical patients tend to stay longer than surgical patients.”

Aarssen said despite the pressure from the surge, no surgeries were cancelled due to a lack of beds.

“We were able to get through that bubble in our flu season, which has been fairly severe this year,” he said.

Caen Suni, vice-president of clinical programs and operations with the alliance, said people with the flu often have a number of respiratory issues, accompanied by fever, nausea and cramping. People become dehydrated and can stop eating as they battle the flu.

Marshall said even though one surge is over, that doesn’t rule out the possibility of a second.

“We are still in flu season. There is still a reason to get a flu shot,” she said.