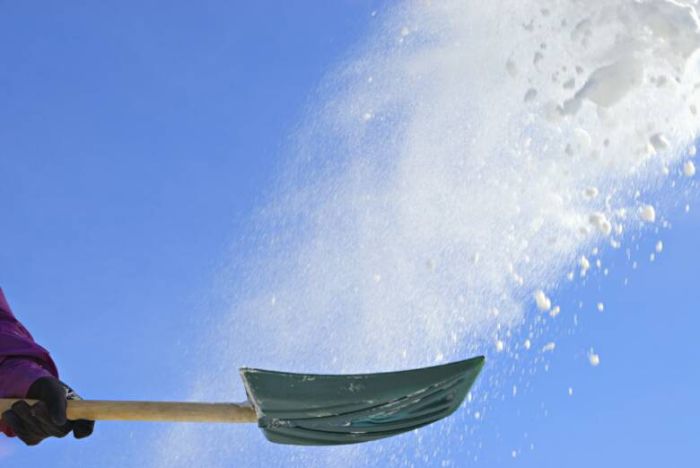 What a weekend, in terms of signs I, and my equipment are getting old.

That was my weekend.

It began at Sons of Kent Friday evening. Sarah Schofield and I attended on behalf of the paper to cover the Festival of Giving launch event. Great job, Sons of Kent and Apollo!

The two groups combined to donate more than $35,000 to the Children’s Treatment Centre of Chatham-Kent through the Sons’ donation of proceeds from their Fergie Jenkins Pilsner, and Apollo matching that donation.

And then organizers of the Festival of Giving, a $200,000-plus fundraiser for the treatment centre, announced this year’s theme: I want my MTV.

That’s right, all things ’80s music. Talk about right in my wheelhouse!

If you can believe it, I may be channeling my inner Billy Ray Cyrus when he sang, “I Want my Mullet Back.” I just might try to grow it back for Festival, or some semblance of it.

So, if you see me with whacky looking hair between now and April, I blame Festival of Giving.

Sons of Kent was the place to be that evening, as the ARTCrawl folks came in to finish off their crawl Friday as well.

I normally spend half the night sleeping in a recliner because of my hip issues. But I opted to head to bed shortly after midnight, thinking I was good and tired and ready for a nice night’s sleep.

Tell that to my calves. They locked up two hours after I went to bed. I shot up, wide awake and in pain, whipped off my CPAP headgear (don’t laugh), and had to walk the hall until the pain subsided. Mary Beth helped by massaging my left calf too.

Whew, that was over and back to slumber I went.

Another eventual return to sleep, followed by another cramping episode an hour later.

Finally, my legs let me sleep for three peaceful hours.

I woke to snow. Actually, each time the pain got me out of bed, I noticed more and more snow falling. But at 8 a.m., I checked to see how much had fallen and when it would switch to rain. I wanted to shovel before the rain soaked the snow and made it really, really heavy.

I missed. I went out at 11 a.m. and it was sodden. To top it off, my shovel, a companion for probably 30 years, balked. I had barely shovelled off our steps when the handle broke.

I looked at the broken end, dumbfounded. I could only laugh. Yes, it let me down at the worst time, but I got every penny and more out of it over the years.

Time for technology to take over. I broke out the electric snow thrower my sister-in-law gave me last year. It moved the heavy snow for me, although pushing that sucker into the wet slop was pretty close to pushing a shovel into it, just without the lifting.

That crap-tastic weather had zero appeal for our cat. Finn looked at the snow, then the rain, and simply walked away from any open door. He spent the day inside. And as a result, he had some pent-up energy.

That was unleashed about 7 a.m. Sunday morning. After only about four hours of sleep (hey, I was binge watching a crime show), he had me up. Only when I went to walk, I nearly fell over. My left calf reminded me of the torture it put me through two nights earlier. Ouch.

I limped to the door and opened it for the cat. This time he took it, while I headed to a recliner for more sleep (or so I thought).

Finn, the cat, wanted back in just as I started to doze off. Up the stairs I limped to let him in so he didn’t wake up the entire house by yelling at each window and door.

But he wasn’t ready for a nap, which meant I wasn’t going to get any sleep. He wanted to play.

Needless to say, by about 9 p.m. Sunday, I was out cold. Who was sleeping on my chest? Finn. Chew toy by morning, mattress by night. That’s my job for him, it seems.

For those of you who have encountered me out in public, chances are if it wasn’t at night or wasn’t during a rainy day, I’d have had sunglasses on.

And if I was indoors, they were probably on my forehead, my favourite storage spot for them.

I squint. A lot. And that can lead to a headache.

Sunglasses, even on an overcast day, help keep me from squinting.

I’ve worn countless pairs since my days as a teenager.

I’ve also broken or lost countless pairs over the years.

And, as I have said, I’ve lost a few pairs, had arms break on others, and had them snap right in the centre.

It wasn’t until I started purchasing more expensive, high-quality sunglasses that I actually wore them out rather than lost or broke them.

I can chart back to the late 1980s when a friend worked at a sporting goods store suggested I try on a pair of Vuarnets. I laughed when I looked at the price and said no way. He persisted, saying the viewing experience will have me hooked.

I relented and chose a pair of Magnum PI style glasses and put them on.

He was right. Comfort was one thing, but quality of vision was altogether different.

I still own those glasses, although they are squirreled away in a drawer. I wore them everywhere, especially boating.

I replaced those glasses in terms of everyday wear after about 12 years. That’s when I picked up my first pair of Oakley sunglasses off former NHLer Glen Sharpley at his sporting goods store in Haliburton in the late 1990s.

I still have those glasses too. They hugged my face and were extremely lightweight despite the fact they were metal frames.

In 2012, about 15 years later, I replaced those with another pair of wire-framed Oakleys. Yes, I’m hooked. And I’m generally not a brand slave. This pair I picked up on a Carnival cruise ship.

Even lighter than the last pair. I still wear them regularly, but put them away in the cold of winter and wear a cheaper pair of sunglasses when life gets below zero.

But Oakley may have me rethinking that option, as they sent me a pair of Oakland Raiders Flak 2.0 XL sunglasses recently, part of their NFL collection.

I’m a longtime Raiders fan, so these glasses are cool for me. And very well made. They are the wraparound style. They stay in place on your face, I imagine even in a windstorm or if you were riding on a motorcycle or in a boat.

They’re plastic framed, but are well made, and are the lightest pair of designer sunglasses I’ve ever owned.

Of course, the NFL collection has options for fans of every NFL team, including the Detroit Lions. I’ll admit the Lions glasses looked pretty cool too, as they have blue lenses and the Oakley signature “O” on the frames is done in blue on the black frames.

I rarely go for designer brand clothing, but when it comes to sunglasses, I do, and with good reason.