Tourism ideas flow with a Spark

Jan 15 • Business, Feature Story • No Comments on Tourism ideas flow with a Spark 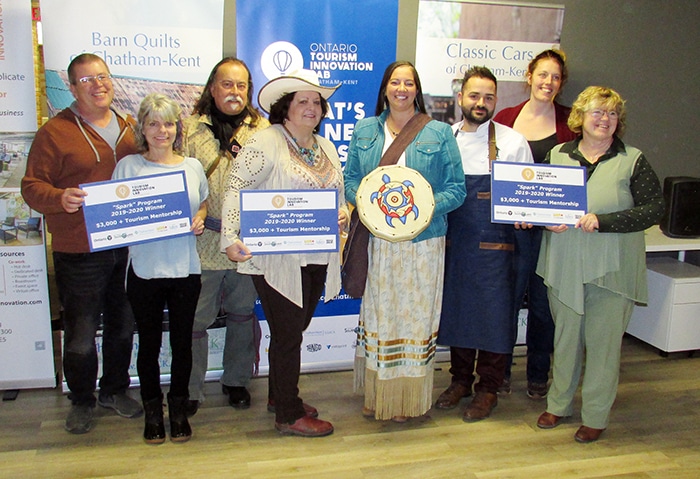 Winners in a Dragon’s Den-style tourism program enjoyed their experience Jan. 8 at SOAR Innovation, as a panel chose the three groups to receive a grant and assistance to help make their tourism ideas reality.

Indigenous spirituality, communing with nature and tracking one’s food from farm to plate earned high praise at a recent tourism competition in Chatham-Kent.

The three concepts also earned $3,000 each in funding from the Ontario Tourism Innovation Lab.

The lab and its Chatham-Kent partners hosted a Dragon’s Den-style event at SOAR Innovation on Jan. 8 as part of the Spark Program.

Five finalists pitched their innovative tourism ideas for the region. The top three were selected to receive a $3,000 grant to start up or continue growing their tourism idea along with mentorship opportunities.

Winners were TJ Stables for further developing their spirit horse program and facilities, Dan and Ann Wright for their effort in what they call “forest therapy,” and The Fresh Connection for that group’s farm-to-plate efforts.

People who connect with the horses are amazed at the bond.

“People are coming from all cultures. We’re working closely with First Nations people. We’ve got their stamp of approval,” she said. “This is about creating indigenous and historical awareness and teachings through the spirit horses.”

Jenkins said the goal is cultural restoration, adding the horses are very important in terms of indigenous culture.

“This money will go towards promotion, and we want to build an authentic teaching lodge. Just like any other space, it’s conducive to success,” she said. “We get students or anybody visiting, they go into the lodge and it’s decked out properly and is a big part of the experience.”

The Wrights plan to further develop their 72-acre property near Bothwell to serve as a place of forest therapy; essentially getting back to nature by taking a quiet walk in the woods.

“We’ve been foster parents for about 10 years. We started having some amazing results with some of the more challenged kids,” Dan Wright said. “Just spending time in the forest. Ann researched more and more and realized there was something called ‘forest therapy.’”

Ann Wright said with seven kilometres of trails on their property, people can “reconnect with nature. We’re supposed to. We’re part of nature.”

Dan Wright said the goal is to turn their property into a place that’s open for everyone.

“We have been building trails on our property for a number of years. Spiritually and mentally, it’s amazing what it can do,” he said. “You can actually sit there in the spring and hear the forest grow. When it quiets down at night, you can hear everything come to life. It’s just amazing.”

The Fresh Connection is the brainchild of three people, Susanne Spence Wilkins of Crazy 8 Barn & Garden, Thomas Waite of Prim Peony Event Co. and The In Home Chef, and Tabitha Hastings of Urban Sunset Farms.

Wilkins said they plan on hosting a series of events, but the funding will be earmarked to launch one in particular.

“It’s farm-to-plate and storytelling,” she said.

Three groups of eight people will take part, with one involved in learning the history and the story behind the food, specifically the bounty available in and around Lake Erie.

“We’re aiming for eight people to keep it intimate, and they’ll be doing their experience and come together at the end for a community meal,” Wilkins said. “We’re featuring this one on the fisheries that used to be located on the north shore of Lake Erie.”

Specifically, at Terrace Beach near Morpeth.

“One group is learning the history and building the story. One group is at an urban farm, getting their hands in the soil, helping with the harvest and washing the plants and making salad dressing,” Hastings said. “And another group is helping our chef cook and prepare the meal.”

Waite said local ingredients will be used in the meal.

He added the trio came together and gelled almost immediately on the concept, but credited his partners with the majority of the early planning.

“They had been working on this for a long time. I moved into the area and we fell into this pretty quickly,” he said. “We built a long-lasting relationship quickly. Where we can take this, I think, is pretty far.”

Chatham-Kent is one of five regions in the province to offer the program to date.

“We ran this program in the fall where we called out to the community in Chatham-Kent to encourage people to come forward with new tourism ideas,” he said. “We received 17 ideas from all over Chatham-Kent. The top five finalists presented.”

Anne Marie Fortner, co-ordinator of cultural tourism development for the municipality, said she was impressed by the community engagement, as well as the diversity of ideas. She credited Lafontaine and the lab really encouraging new ideas from individuals and organizations.

“This allows people who have planted the seed of a new idea to move forward with it,” she said of the winners.

Fortner said the five hopefuls made their pitches to a panel of judges, who in turn chose the winning three.

The “Spark” program was piloted in Windsor Essex last year and has since expanded across the province to the County of Bruce, Bay of Quinte, Mississauga and Northeastern Ontario. 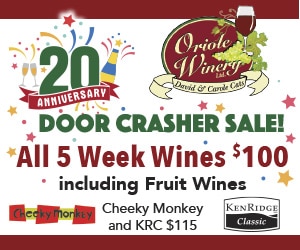