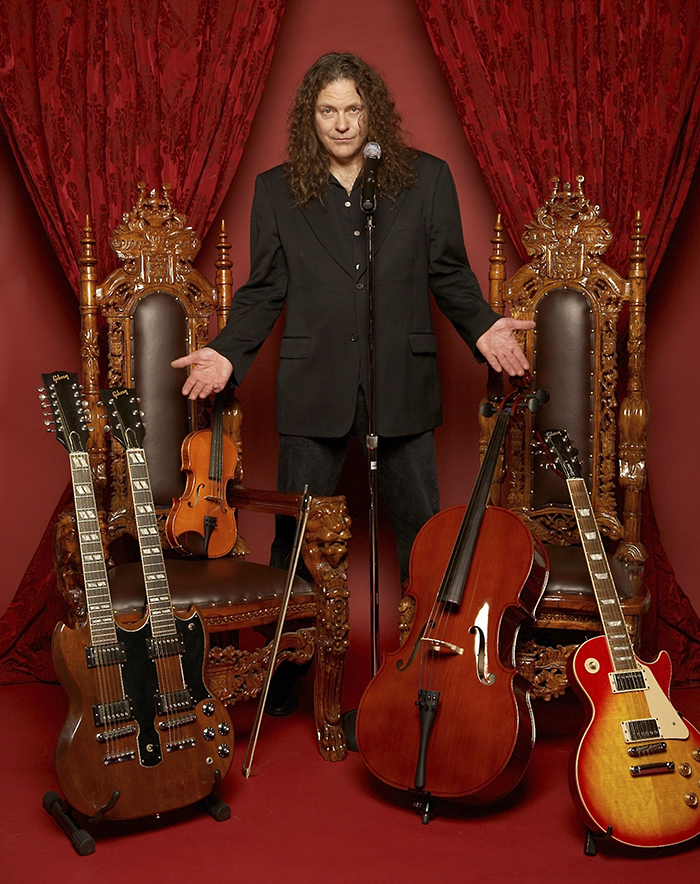 A year after delivering Led Zeppelin and Pink Floyd tributes to Chatham, Michael White is coming to town with more Zeppelin and this time a taste of The Who.

White, the front man for Michael White and The White, said the band will perform “orchestral” Zeppelin as well as The Who Nov. 29 at the Chatham Capitol Theatre.

He’s bringing a string section with him to add a different sound to some classic British rock music.

“I took about two and a half years to write the charts for the orchestra for the Led Zeppelin show,” White said.

“It’s reimagined songs for the strings. It takes it to another level,” he added. “It’s a rock show with an orchestral element.”

White said the band often performs with local orchestras when they tour.

“We did shows with the Vancouver Symphony and have played with lots of high school and local community orchestras too,” he said. “I love doing shows with young musicians who are enthusiastic. It’s gratifying to rock out with them.”

Unfortunately, White said he was unable to connect with any of the local high schools for this show.

This time around, White said the band will perform a set of The Who, followed by a set of Led Zeppelin.

“For The Who set, there will be songs like ‘My Generation’ plus later hits like ‘Won’t Get Fooled Again.’ It’s all my favourite stuff,” he said. “As for Led Zeppelin, we do all the staples of the Led Zeppelin catalogue.”

Over the years, White has performed with the likes of Alice Cooper, Keith Emerson, Nikki Sixx of Motley Crue, Steve Morse of Deep Purple, Toto’s Steve Lukather, Rick Wakeman and Alan White of Yes, and George Lynch of Dokken to name a few.

He’s played or recorded with some of the cream of Canadian rock talent as well, including the late Jeff Healey, Randy Bachman of The Guess Who and Bachman-Turner Overdrive, and Rik Emmett of Triumph.

White, reached at his Toronto home by The Voice, has been doing Zeppelin tribute shows since the late 1970s. He’s also long been a fan of The Who.

“The Who was more like a heavy punk band with a lot of melodic explosions, whereas Led Zeppelin was more heavy and bluesy,” he said. “The drummers of both bands were actually great friends.”

Both Zeppelin’s John Bonham and The Who’s Keith Moon passed away decades ago due to substance abuse.

“I was playing in a Hollywood club called the Starwood. We were on the bill with Canned Heat. We were in their dressing room after the show hanging out and in walks Keith Moon,” he said. “He just walked in and stood across the room from my drummer and myself. He was just a chatterbox.”

White said early Who and Zeppelin music is what inspired him to first pick up a guitar.

And it’s also because of Who guitarist Pete Townsend’s antics on stage as to what happens during The White’s performances during this tribute show.

“We trash a guitar in our show. We felt it’s necessary to bring that element to the stage,” White said, referring to Townsend’s almost ritualistic smashing of guitars during shows. “It’s a tribute to Pete.”
On top of the rock classics and orchestral elements, White said the audience will experience a “pretty mind-blowing” psychedelic liquid light show as well.