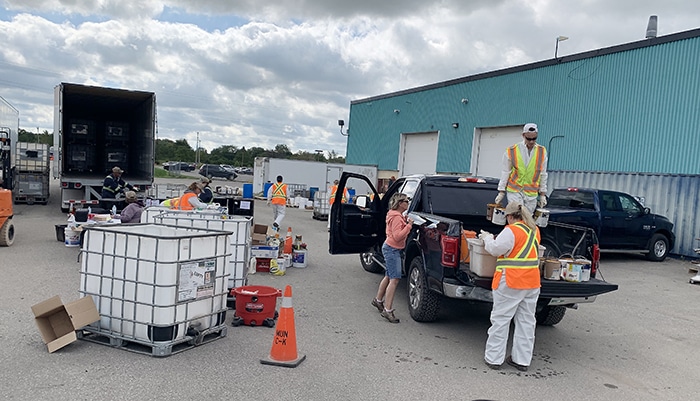 A team of Veolia Environmental folks helps unload materials from this pickup truck during a busy Household Hazardous Waste Day Saturday at the Chatham Public Works facility on Creek Road.

Vehicles were lined up along Creek Road, waiting upwards of 40 minutes for a chance to drop off potentially hazardous materials at no charge.

Organizers expect the number of vehicles to be a new record for the annual event. 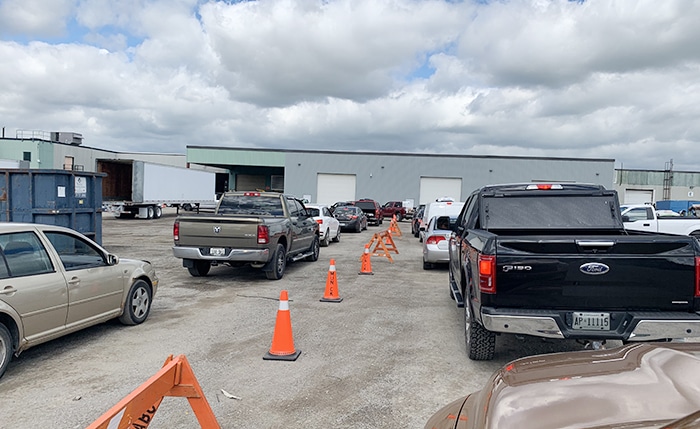 « Solid August for home sales in C-K A different perspective »