Helping Haitians work their way out of poverty

Aug 21 • Feature Story, Local News • No Comments on Helping Haitians work their way out of poverty 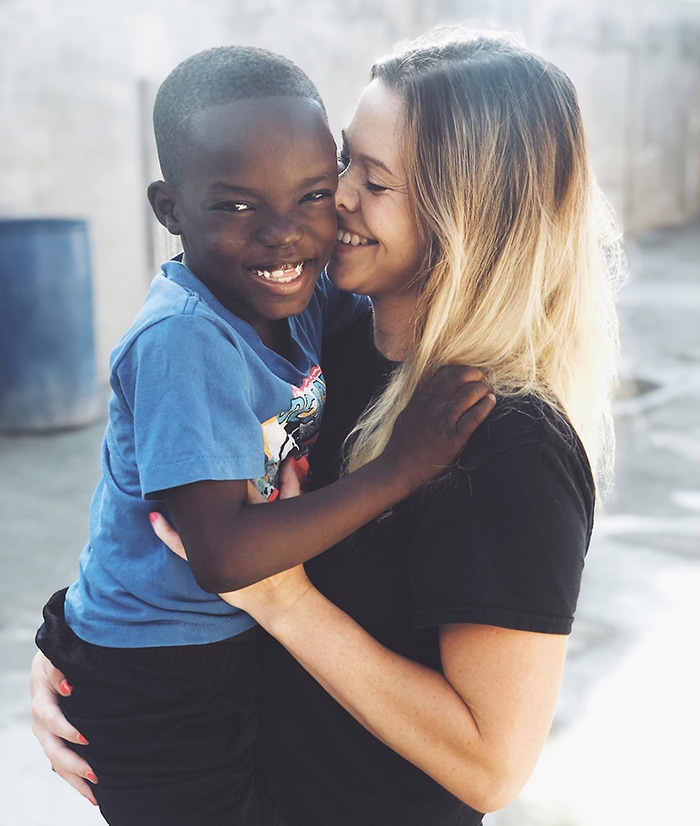 Emily Hime gives some snuggle time to young Tyson during her recent visit to Haiti on behalf of RISE House, a local charity that is helping families in the impoverished nation.Chatham-Kent’s Emily Hime said her first trip to Haiti representing her reshaped charity was both heartbreaking and a huge success.

Hime, who for years ran Maison Ke Kontan children’s home in the impoverished nation, expanded the charity’s scope and renamed it RISE House. With her board of directors, she has established a charity that expanded to support families.

While down in Haiti, Hime helped kick off a new business program for adults. Participants learned how to start their own business and even received micro loans to help get them started.

“The launch of the business program was so successful and so inspiring. I’m looking forward to the next one,” Hime said.

She said all six participants graduated and received microloans to begin their businesses.

Another business class will launch at the end of September, she added, with programs running monthly after that.

The trip was an eye opener, even for Hime, who has seen what Haiti can throw at its people.

“It was also a difficult trip as we journeyed through the lives of our participants and visited their homes. That was heartbreaking – seeing the reality they face on a daily basis.”

As much as Hime enjoys helping others, seeing the living conditions in Haiti isn’t easy, she said.

“We visited and saw the suffering – extreme poverty, inhumane conditions,” she said. “We visited one family – he is a single father of four as the mother abandoned the children. All five of them are crammed into a small little room. They have no belongings other than a tattered bed that was infested with bed bugs.

She said the kids couldn’t go to school last year, as the father had no money. He is disabled and unable to walk.

“Another family we visited opened the gate off a main road. Behind the gate was a small village of tiny tin homes. They showed us their ‘home.’ It was the size of my bathroom back home. It was a dirt floor,” she said. “They had no food. When they came to our program they hadn’t eaten in a week.”

Hime said RISE is putting the family, and everyone living in that area in the same conditions, on a wait list for their future business programs.

“We want to change this. No one should be living in these conditions and suffering the way these people are suffering,” she said. “There are zero options for them. No government support. No homeless shelters. No soup kitchens. They literally just sit there and starve. And they are so desperate to work and for an opportunity to change their situation. We saw that in our program. They still have so much hope, even though they’ve been struggling day in and day out just trying to survive. I don’t know exactly how to put it into words but it brings tears to my eyes every time I think about it.”

In terms of the business program, Hime said the adults were driven to succeed.

“The participants were so enthusiastic and eager to learn and participated in discussions,” she said. “They also all had plans for their businesses and expressed their dreams and what they hope to do with the money they earn through their business, the main one being able to send their children to school.”

Jason Herder, a constable with the Chatham-Kent Police Service, went with Hime on her most recent trip. He said her passion to help the people of Haiti is contagious.

“I was always fascinated by the work that Emily did in Haiti to start with, hearing her stories of her trips from the past, it was something that I always wanted to be a part of in some shape or form. When I was provided the opportunity to go, I couldn’t turn it down,” he said.

Seeing what the people endure in Haiti made him appreciate what we Canadians have, he added.

“First hand experiencing the hardships that these people face on a daily basis makes me beyond grateful for the things we truly take for granted on a daily basis. As a whole, the experience was easily the most emotional journey I’ve experienced, however, the most rewarding,” Herder said.

In once instance, he said everyone at the RISE House celebrated simply because it was their turn to have electricity.

“I’ve seen some extremes in conditions, yet one thing remains – everyone here still works together,” he said via a social media post while he was in Haiti. “If you asked someone for directions back home, they’d turn the other way and ignore you, probably tell you to ‘eff yourself.’ Here, not only will you get directions, but they probably will jump on a moto and make sure you arrive safely.”

Hime said the immediate focus for RISE is to raise money this month to cover their rent in Haiti, which is due at the beginning of September.

As well, RISE is starting an English program. Hime said it would run for three consecutive months, and classes will be offered for adults and children.

It all takes money, and RISE has ongoing fundraising. Hime said there are monthly sponsors who support RISE House, and the charity holds events as well.

“We are hoping to find local businesses that would be interested in sponsoring our program as well, which will allow us to continue to run our program and offer our loans to our graduates,” she said.

The next fundraising effort takes place Aug. 21 in Windsor, as RISE will hold another Locked in Haiti event where participants will have to reach out to friends and associates to raise money to help them “escape.”

RISE held a similar event in Chatham at Locked In, and raised more than $8,800.

Hime said she is grateful for the support from the community for RISE House.

“I’d like to say a big thank you to all of those who have jumped on board and have become monthly sponsors of RISE House – $10 a month, although it doesn’t seem much, does go a long way for us and contributes to us continuing our work.”

She is also amazed by the quick reaction of people, in regard to the single disabled father and his four children.

“We had a goal to raise $600US to provide a new home for a year for the single father and his children. We were able to double that goal. Many others chipped in to help secure food and basic needs for this family as well,” she said. “I thank them from the bottom of my heart. I was able to sleep easier knowing that they were at least going to be eating a meal every day.” 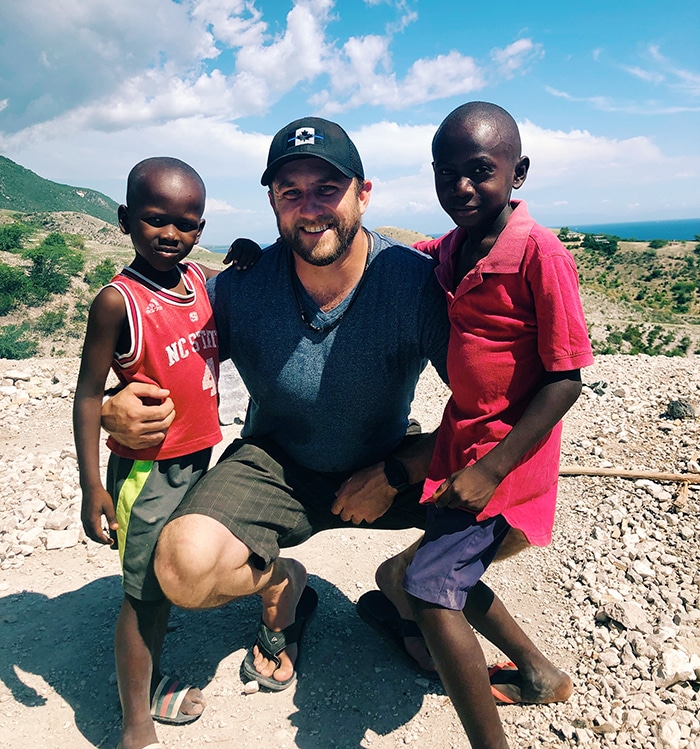 Jason Herder makes new friends in Haiti. The Chatham-Kent police constable joined Emily Hime for a trip to the Caribbean country on behalf of RISE House.