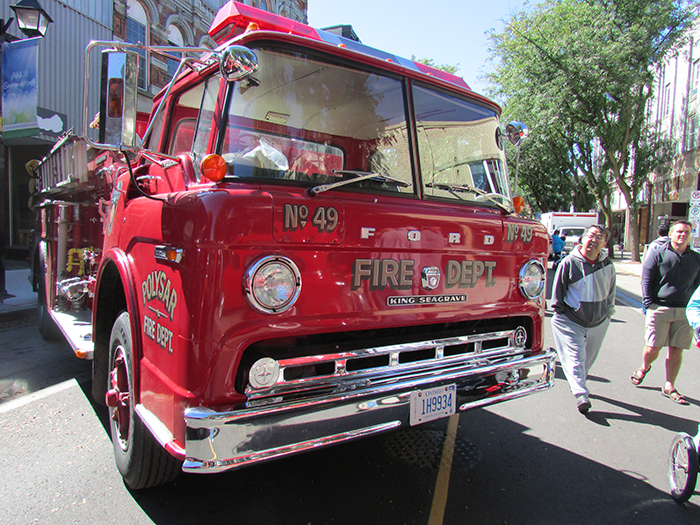 Often when there is a falling out between two parties, bringing everyone back to the table and achieving a positive outcome is difficult.

In Chatham-Kent, however, a new mayor and council combined with a good citizen who listens to his father have ensured FireFest will continue on in a new partnership.

FireFest, first organized by Brent DeNure is 2012, has been bringing thousands of people to a municipality that has shown its love for vintage vehicles time after time.

Differences with municipal officials and volunteer burnout led him to cancel the event after the 2018 rendition.

But thanks to Mayor Darrin Canniff showing his support for the event, and civic-minded people like Dava Robichaud and Jordan Metz stepping up to help, FireFest is back on for this fall.

Scheduled for Sept. 21 in downtown Chatham, the event will actually kick off with a display of vintage fire and support vehicles in Thamesville on the evening of Sept. 20. Every year, FireFest kicks off in a different locale within Chatham-Kent, keeping everyone involved and interested.

DeNure joked that his dad, Reg DeNure, was going to put him in a time out if he didn’t put his issues aside and bring FireFest back to life, and we’re glad he listened.

As our mayor said, any event that brings thousands of people to our municipality is good for everyone involved, even more so when a private citizen – and friends – step up to do the bulk of the work.

Not supporting an event like FireFest just doesn’t make sense.

Many people are looking forward to the return of FireFest this fall, and all that it will bring with it, adding to the fall fair season in Chatham-Kent and a lengthy list of things of do with family and friends.

When people put aside their differences and come together to make good things happen, our entire municipality benefits.

Kudos to all the people involved for putting the public first.

One Response to What’s it gonna take? Teamwork!

« A barbecuer’s dream All for a pack of smokes »