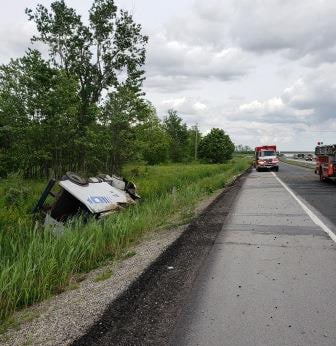 Chatham-Kent OPP say an armoured car was involved in a crash this afternoon on the 401 near Chatham.

Police say the crash took place about 2 p.m. in the westbound lanes near the Highway 40 exit, when a car and the truck collided.

The armoured car left the highway and rolled over.

Police say the two occupants of the armoured vehicle were taken to hospital for treatment of non-specified injuries.

The Highway 401 onramp from Highway 40 is closed as police investigate and have the vehicles towed from the scene.