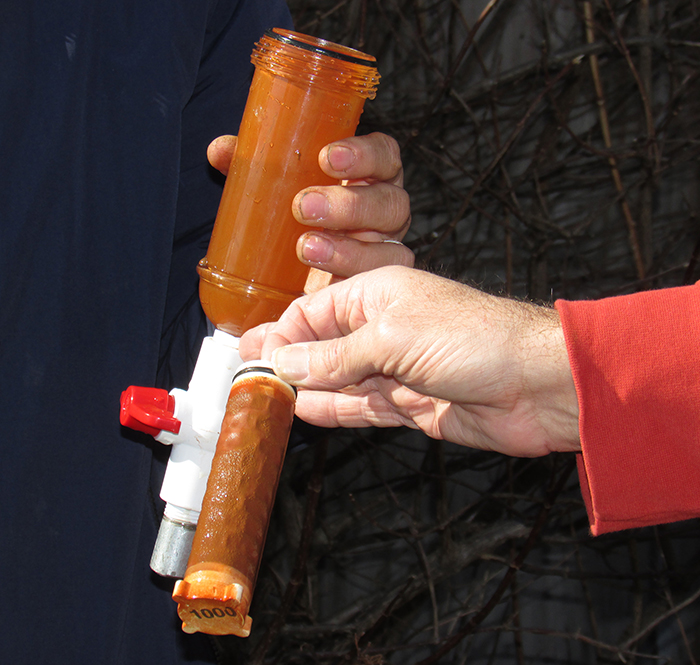 Families depending on water wells in the Chatham-Kent area for their water supply travelled to Toronto recently to collect on the commitments Ontario Premier Doug Ford made to investigate the sediments polluting the area’s water wells.
Essex MPP Taras Natyshak held a press conference June 5 at Queen’s Park with representatives of the families that struggle with contaminated water wells, as well as Dr. Joel Gagnon, head of the Heavy Metals Lab at the University of Windsor, Great Lakes Institute of Environmental Research, and Matt Wilson, President of the Ontario Groundwater Association. Both GLIER and OGWA support the urgent need for a Health Hazard Investigation into the polluting sediments.

During his election campaign last summer, Ford gave the members of Water Wells First a written commitment that his government would conduct a Health Hazard Investigation into the polluting sediments and hold the polluters accountable who caused the disturbance.

Natyshak said the families are still waiting for Ford to make good on that promise after a year of no response.
Many families, such as Marc St. Pierre’s in Dover Township, are dependent on well water and he said the sediments so far analyzed by the community are raising more concerns than ever before.

St. Pierre’s wife, Marilynn, a cancer survivor, spoke at the press conference about her fears of what is in their water, and if drinking the water will cause her cancer to return. The St. Pierres’ well has been contaminated with black shale particles since the wind turbines were constructed around his home on Bay Line more than 10 years ago.
The sediments that have been continuously discharging into a number of water wells since wind farms were constructed in north Chatham-Kent have been found to contain Kettle Point Black Shale. According to research by Water Wells First, the black shale is a material considered an Environmental Hazard in Canada because it has been shown the particles contain heavy metals such as arsenic, mercury, lead and uranium. The toxins in the particles may become bioavailable when digested in stomach acid.
In a press release, WWF spokesperson Jessica Brooks said patience with Ford delivering and making good on his promise of an investigation are now exasperated.
“Chatham-Kent families are realizing the Ford government is holding help away from coming into the community. To date, no experts or resources have been brought into Chatham-Kent to deal with the water problem by the Ford government,” the release stated. “A 2016 joint report between Cancer Care Ontario and Public Health Ontario acknowledged that Ontarians are in fact getting cancer each year from environmental carcinogen exposure. The report specifically acknowledged the heavy metal arsenic, which causes a cancer burden on Ontario’s beleaguered health care system each year.”
Brooks said cancer survivors that continue to use the area’s water wells are outraged and want answers now as to the safety of the well water.
“Given Public Health Ontario has acknowledged arsenic as a proven carcinogen and given arsenic is associated with the Kettle Point Black Shale found polluting the water wells, families are demanding the promised Health Hazard Investigation be done immediately to determine if Chatham-Kent’s water wells can cause or contribute to cancer,” Brooks added in the release.
The Ontario 2016 Environmental Burden of Cancer report specifically talks about arsenic as a cause of cancer in the province, specifically lung, liver, bladder, prostate, skin and kidney cancer. In the report, arsenic is fourth on a list of 10 environmental causes of cancer in the province.

Gagnon, who is a Chatham native and worked on farms in Dover as a youth, said he is looking at the well contamination issues in Chatham-Kent from a research point of view and a learning opportunity for his students.

He said the day-to-day struggle of the families to get clean drinking water aside, the possible long-term health risks of ingesting the black shale are disturbing to consider in a First World country such as Canada.

“Leaving these people to their own devices is troubling and the question needs to be addressed of does the water pose a risk to human health,” Gagnon said in an interview. “For (Chatham-Kent Medical Officer of Health) Dr. (David) Colby to say at a public meeting last year that drinking the particles in the water is like drinking sand; that’s a textural observation, and doesn’t address the composition of the particles. This is not sand, this is Kettle Point Black Shale, known to contain toxic heavy metals. In the gut, it can become bioavailable and be absorbed by the body.”

Colby has previously stated the drinking water poses no health risks, despite no investigation into the particles in the water.

He said if you think in terms of the human population, experts looking at the situation in the area and ask is there a statistical increase in the disease/cancer rate. Sampling the environmental media is needed, but he said it’s the people and their disease rate that need to be assessed.

Gagnon said he and his students will be looking at defining research questions related to the black shale in Chatham-Kent wells, and will be pursuing grant applications for those questions.