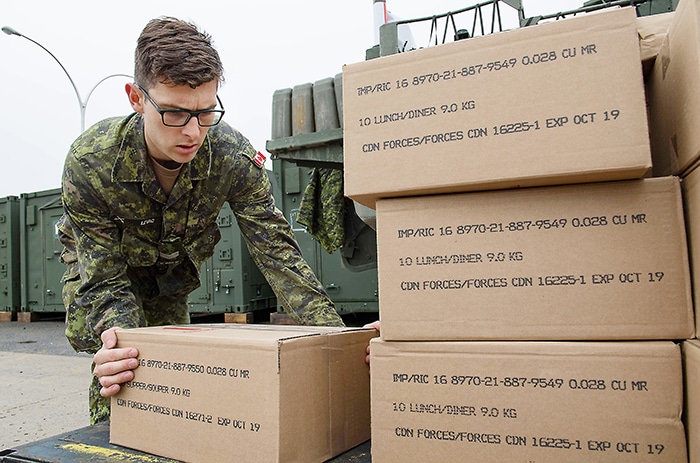 Don’t be surprised to see members of our military in parts of Chatham-Kent later this week.

More than 600 Canadian Army soldiers from 31 Canadian Brigade Group (31 CBG), headquartered in London, will conduct Exercise Arrowhead Response this week. The exercise encompasses most of Southwestern Ontario, with approximately 120 soldiers deploying to Chatham-Kent.

They will operate as a Domestic Response Company at the Chatham Memorial Arena. Military officials said residents will also see soldiers and military vehicles in the immediate area and around Chatham-Kent.

The aim of the exercise is to practise the planning and execution of domestic support operations, which take place after receiving a request for assistance from civil authorities during a crisis, such as a natural disaster or industrial accident.

Soldiers from 31 CBG will be responding to a simulated hazardous material spill in a scenario that includes a request for help from a local municipality. Overall, the exercise will include the deployment of three Domestic Response Companies to Chatham-Kent, Hanover and Woodstock, and other unit deployments including an armoured reconnaissance squadron, a combat engineer squadron, an administrative support company, a communications squadron, and a headquarters to provide command and control of deployed personnel and assets.

The exercise scenario will include a variety of training tasks and objectives, including the set-up of reception centres, establishment of command posts, and conducting patrols in the community by vehicle and foot.

There will be opportunities for the public to interact with Army personnel and they are encouraged to visit the various locations and talk to the soldiers. All Canadian Armed Forces (CAF) members will be unarmed.