With the skies threatening, the waves gently lapping at the shore’s edge, and to the sounds of kids splashing about in the background, a group of Mitchell’s Bay residents gathered June 27 to remember a local legend.

Myers, who passed away in April of 2017, now has his name on a memorial stone placed on Mitchell’s Bay Wharf.

Gary Jenkins, speaking on behalf of the area association, said Myers is missed.

“He’s a gentleman who did a lot for this community and the Bay area,” he said. “I knew O.T. for many years. We did a lot of different projects, from picking up branches to raking leaves, whatever was going on, O.T. got involved and helped out.”

Larry Cadotte, a local Kinsmen, said Myers was an important part of that service organization.

“He worked very collectively with the community and with the Kinsmen. Ask him to do anything and it got done,” he said. “It may have been done O.T.’s way, but it got done.”

Cadotte added he considered Myers “a great friend. To many people, he was like a father.”

Roy Myers, brother of O.T., said the family was humbled to see the commemorative stone. He thanked the area association on behalf of the family.

“He was a great guy to many and I sure as hell miss him,” he said of his brother. “Thanks for this. It’s something to remember him by.”

While Myers’ name is the only one to appear on the commemorative stone, Jenkins said it won’t be alone forever. The area association has a committee that will review requests for people’s name to go on the stone for their contributions to the Mitchell’s Bay community. 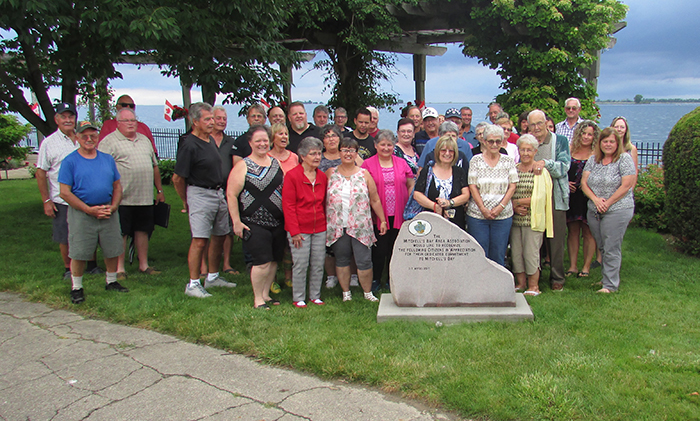