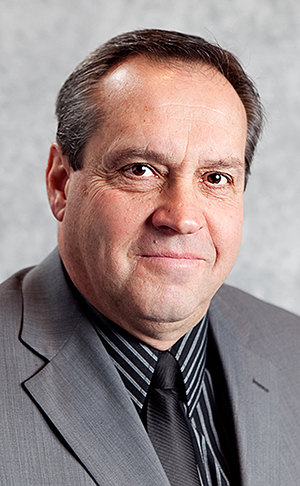 He won’t be seeking re-election this fall, as he’s recovering from serious heart surgery.

Myers, who turns 66 next month, said a routine checkup in February revealed a problem.

“I have for years had a heart murmur. Every year, I go for an echocardiogram. Every year, the results come back pretty much the same,” he said.

This time, however, they didn’t.

“This year, my doctor said, ‘We have a problem here.’ The results showed everything had moved into a severe state,” Myers said.

That severe state involved the aortic valve in his heart, which controls the flow of blood coming from the heart and going into the aorta.

“He (Myers’ doctor) likened it to putting your thumb over the end of a garden hose. It was damaging my aorta with the pressure. And the blood was coming back in because the valve wasn’t closing,” he said.

Just one day after seeing his family doctor, Myers was in front of a specialist here in Chatham, and a couple of days after that, he was in London being seen by a heart specialist.

He said he got moved to the top of the surgery list and a few weeks later went under the knife.

“They replaced the aortic valve and repaired the aorta. One of my coronary arteries was diseased, so they had to replace that too,” he said.

“I was out for seven hours. It was quite a lengthy procedure. It took me two solid days to come out of the anesthetic,” he said.

That was six weeks ago. Myers is healing well, but he said he is limited in what he can do, as he tires very easily.

Heading out on a campaign trail to knock on doors to seek re-election, just isn’t an option. Putting up signs and going door to door would be too taxing. Sitting at home expecting voters to return him to office just wasn’t an option.

“There’s no way I could do that. Running without campaigning – it would bother me knowing I wasn’t putting in a solid effort,” Myers said.

He added it wasn’t an easy decision.

“I enjoy the council work. I enjoy trying to help people out,” he said. “I can volunteer other places and still get that satisfaction.”

Looking back on his time on council, Myers said he’s most proud of the fact council generally behaved with the best interests of all of Chatham-Kent at heart.

“There are still a lot of parochial issues, but when push comes to shove, most of these councillors see C-K as a whole,” he said. “That’s what I’m most happy about.”

As for his future, Myers sees more volunteer work, as well as more time with his grandchildren.