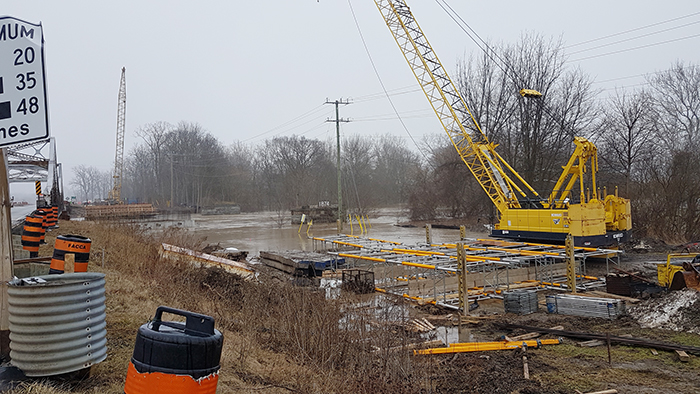 Chatham-Kent Mayor Randy Hope this morning declared a state of emergency due to the imminent threat of flooding along the Thames River and is requesting an immediate voluntary evacuation of the community of Thamesville.

“Information received from the Lower Thames Conservation Authority (LTVCA) indicated the Thames River will peak near Thamesville sometime between 6 p.m. and 9 p.m.” he said in a media release. “We are recommending a volunteer evacuation and urging residents to prepare to leave as soon as possible.”

The LTCVA has indicated there may be a half-metre of water throughout the community later today but warned that number is subject to change.

“As much as we have scientific predictions, there are still variables,” Mayor Hope said. “We need residents to leave sooner rather than later in case the situation deteriorates.”

Mayor Hope said the John. D Bradley Centre is will be opening at noon as an emergency shelter for residents who aren’t able to stay with friends or relatives in unaffected areas   Residents who want to use the shelter should call 519-360-1998 for details.

“We are asking residents to take a 72-hour supply of medication and personal items with them since the water may remain high for several days.

Volunteer firefighters are in the process of going door to door in the village.

Mayor Hope said the municipality has activated its emergency procedures and officials are working closely with police, fire and EMS sectors as well as the Lower Thames Valley Conservation Authority.