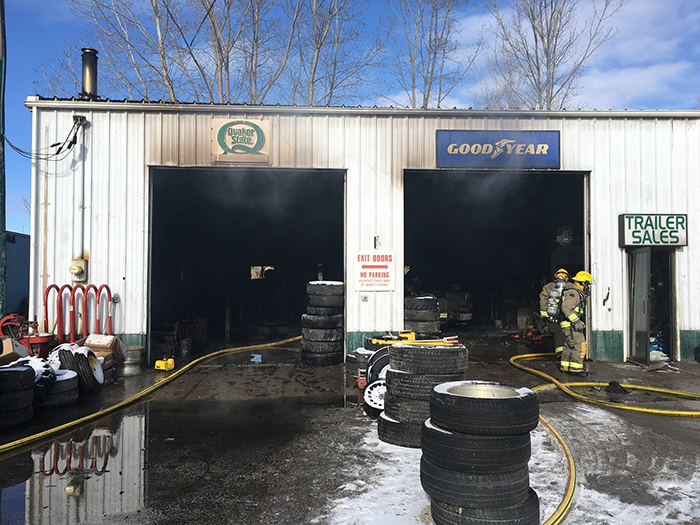 Firefighters from three stations attacked a Saturday morning fire at O’Neil Tire and Battery in Wallaceburg.

Just after 10:30 a.m. Saturday, reports came in of smoke coming from the building on McNaughton Avenue. Firefighters from Station 3 in Wallaceburg arrived to see heavy black smoke pouring from the structure, and called in assistance from both Chatham fire stations.

The firefighters entered the building and quickly contained the fire, but not before it did an estimated $400,000 damage.

Officials say the cause of the blaze was accidental.

“Buildings such as these present significant challenges and hazards to firefighters,” he said in a media release. “By virtue of the fact that the fire broke out during the day and was noticed during its early stages, crews were able to get on scene, make entry and quickly extinguish before the whole building took hold.”