Over the course of my nearly 30 years in journalism, I’ve talked to my share of high-profile folks – music stars, professional athletes, film and TV celebrities, prime ministers and premiers.

I’ve also spoken with a great many down-to-earth average citizens.

Last week, I met a Canadian country music legend happily trapped in the mind and body of an average citizen.

Michelle Wright, whose smile and passion for music can brighten up a room, is about as approachable as they come. And talk about at home in small-town Ontario.

Yes, I’m talking about a special small town – Merlin – where Wright grew up, and she’s a class act.

She was speaking and singing to the students at Merlin Area Public School. How she interacted with the kids, encouraging them to think big and follow their dreams, was pretty special. How she treated the adults was impressive as well.

I must admit that most of the higher-profile people I’ve interviewed over the years have been very gracious and appreciative, respecting the fact journalists have a job to do. We’re not hero worshippers (as Donald Trump seems to have a hard time accepting south of the border). But Wright is at the top of the classy list.

When another journalist and I arrived while she was getting her audio system worked out at the school last week, Wright looked so at home in the gym that my cohort commented that if he didn’t know better, he’d have just assumed she was a teacher setting up the equipment.

That was exactly what I was thinking at the time. Wright sported a pair of glasses, plaid shirt and jeans. I’m sure she intentionally dressed casual, doing everything to look approachable to the students. She didn’t want them to place her on a pedestal.

She was warm and friendly throughout her visit with the students.

And that warmth extended beyond her target audience. Prior to the kids getting called into the gym, she walked over to myself and Post Media reporter Louis Pin, the early bird reporters, and thanked us for taking the time to come to the school.

As a busy work week wound down Friday, I received a special delivery – some Latin flavour!

Jorge Gonzalez, the culinary genius behind Gonzalez Authentic Latin Food truck and flavours, popped by to get me to try some of his new bottled sauces. From salsa verde to a mild barbecue sauce, to a couple of hot sauces, I must say, they were all excellent.

Many of you may remember Jorge from his food truck, which was located for a time beside Chatham Plumbing and later near the Downtown Chatham Centre. He ultimately moved his family and business to London, and has now started bottling his flavours.

Naturally, when Jorge was here, I asked the other folks in our office to give his sauces a try. All were well received, even the hot sauce. Granted, it was only a small amount on the tip of a finger, but you tasted flavour before heat.

Then again, Jorge told us that’s exactly what he was looking for – the flavour followed by some heat. Too many hot sauces out there are all heat. When I find one that offers the taste buds something before the flames, I stick with it.

Jorge also sources local ingredients whenever possible, and his products are bottled in Ontario.

Talk about a wild day March 8, when winds whipped across Chatham-Kent, gusting to more than 90 km/h.

Trees down hither and yon. Business signs blown down or blown away. Garden furniture sent flying. You name it, and it happened.

The Lower Thames Valley Conservation Authority showcased a rather telling video of soil getting blown out of fields west of Chatham. I’m sure that wasn’t an isolated incident, but it is one that can be mitigated.

Problems like that arise when there is too little tree cover which can provide wind breaks and little or no cover crops which can help anchor the soil in place over the winter and be plowed under to provide additional nutrients to the main crop.

We have rich soil here in Chatham-Kent. But it’s best utilized in fields, rather than on roads or in ditches.

In terms of in-town damage, it was wild to see the power of Mother Nature at work. Blazin’ BBQ’s sign blew over onto a couple of vehicles. Heuvelmans lost part of their sign, and the framing hit a new Chevy Silverado parked out front.

In both cases, it was good fortune that no one was nearby at the time.

I went home over the lunch hour, before the wind had peaked, to discover it had hit our west-facing wall and blown back behind our propane barbecue, pushing it out from the wall until it fell over on its side. I put some bricks on top of our hot tub cover, and that remained in place, and I placed our garbage cart on its side so it didn’t go for a wind-induced stroll.

It appears we didn’t lose any shingles, but unfortunately the same can’t be said of other buildings around Chatham-Kent. As I went to walk into the office the next morning, I looked down and noticed several small bits of shingles in front of the door. This building has a flat roof – no shingles. I looked across the street and saw a patch of shingles missing on a home’s roof.

As for the barbecue, which I just used as a warmer now and again in support of our Big Green Egg, I think it’s time for a trip to the curb so a local junk hauler can take it away to be recycled. 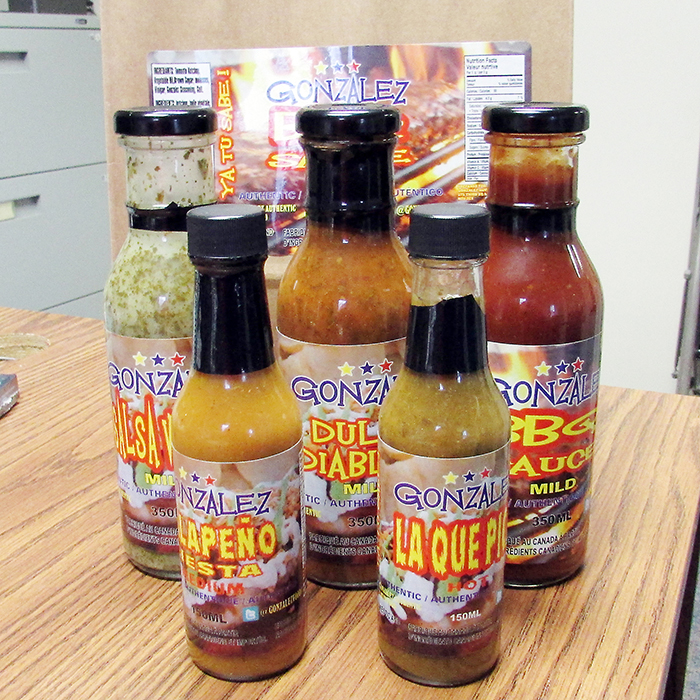