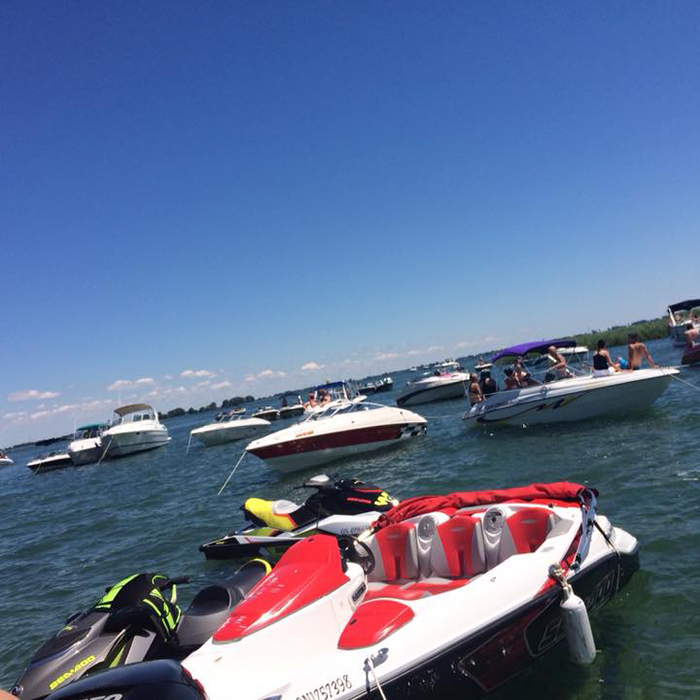 Despite or perhaps because of the success of Grassy 2 Rock, the event should be turned over to a private group or a committee of citizens as soon as possible.

The July 2 event brought hundreds of boats to a live concert at the Mitchell’s Bay sandbar.

There was plenty of music, fun and entertainment followed by rave reviews from those who attended. There will be another event Labour Day Weekend and it promises to be even larger.

It was a good thing and we hope it continues.

The event, however, was largely sponsored by a group of wind energy companies and personally spearheaded by Mayor Randy Hope.

It also received the endorsement of council as a municipal event. Along with that endorsement, many would argue, is responsibility and liability.

With such close ties to the mayor’s office, continued sponsorship will illicit concern that sponsorship equals preferred status with the municipality.

Given the fact that on Canada Day weekend, there were various other activities that did not have council’s endorsement, such an opinion isn’t far-fetched.

Nor is it unreasonable for other groups to come forward and seek the mayor and council’s support in finding sponsorship for their Canada Day events.

If council so chooses, there may be room for some funding given that next year will be Canada’s 150th birthday, however, such support can’t be limited to the personal preferences of elected officials.

As well, there is a strong perception that without the clout of the mayor, the thousands of dollars of sponsorship money necessary for the event wouldn’t have happened.

Earlier this year, the mayor and senior staff were cleared of any conflict of interest regarding the Capitol Theatre following a two-year OPP investigation.

We don’t need more allegations of private industry cozying up to the mayor or council.

Wind farms have and will make millions of dollars in Chatham-Kent. They also contribute significant dollars to community groups and have sponsored many initiatives from the Chatham Santa Claus Parade to the South Kent Wind Community Fund.

They are free to support whatever cause they so choose and should be thanked for their help.

There is nothing wrong with the mayor volunteering his time making the floating concert an annual event.
He should do so as a private citizen.