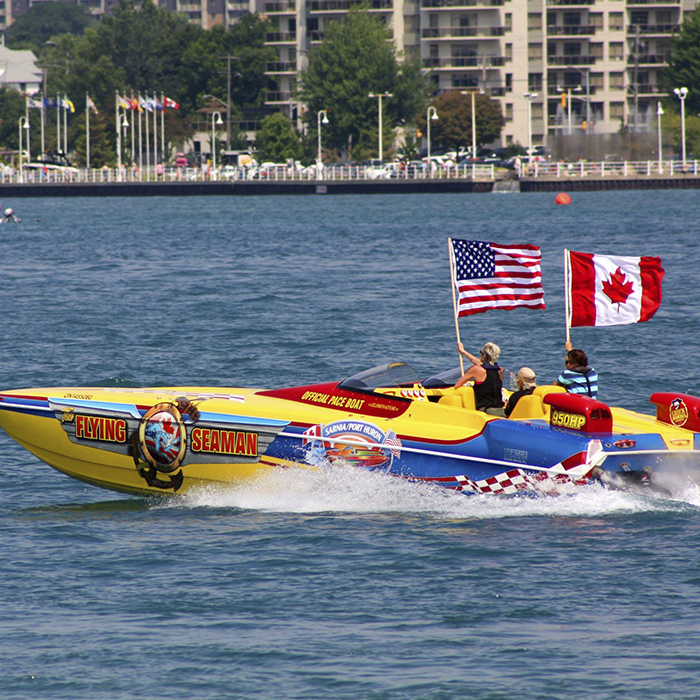 Special to The Voice

The International Powerboat Festival is returning to Sarnia this summer, with free races and other activities beside the St. Clair River and two ticketed concerts featuring Monster Truck and I Mother Earth.

It has also contributed more than $100,000 to charities the past five years, said event co-chairman David McPhail.

And it’s not going anywhere soon.

Last month, the city approved an agreement that gave the festival a break on set-up fees, and will allow the festival to use the George Street parking lot for the next five years.

Monster Truck, a rock band from Hamilton, will play on the Friday night. The band won a Juno Award in 2013 as Breakthrough Group of the Year.

I Mother Earth performs on Saturday with original vocalist Edwin.

Gates open 8 p.m. both nights. Tickets and festival details are available at www.sarniapowerboatfestival.com.

Often called NASCAR on water, the race itself is one of the official stops on the Offshore Powerboat Association (OPA) circuit, which draws racers from around the world.