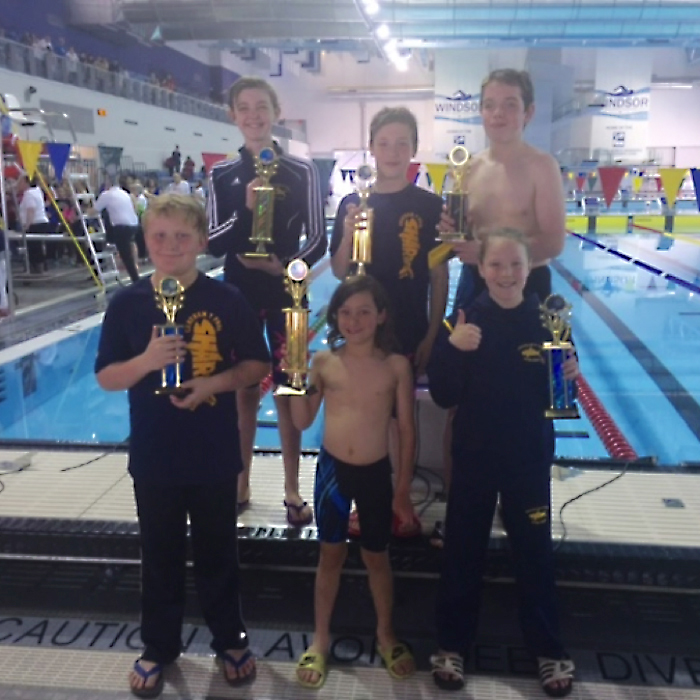 The Chatham Pool Sharks pulled out all the stops at this past weekend’s SEAL League Championship in Windsor.

For many swimmers, this marks the end of the short course season until next year.

The SEAL League brings together swimmers from Southwestern Ontario who compete against each other throughout the year and finish with a championship meet.

The SEAL League is often where swimmers get their first taste of competitive swimming and many continue on to compete in this league for most of their swim career.

« Merlin to lose power May 7 More charges for Blenheim man »