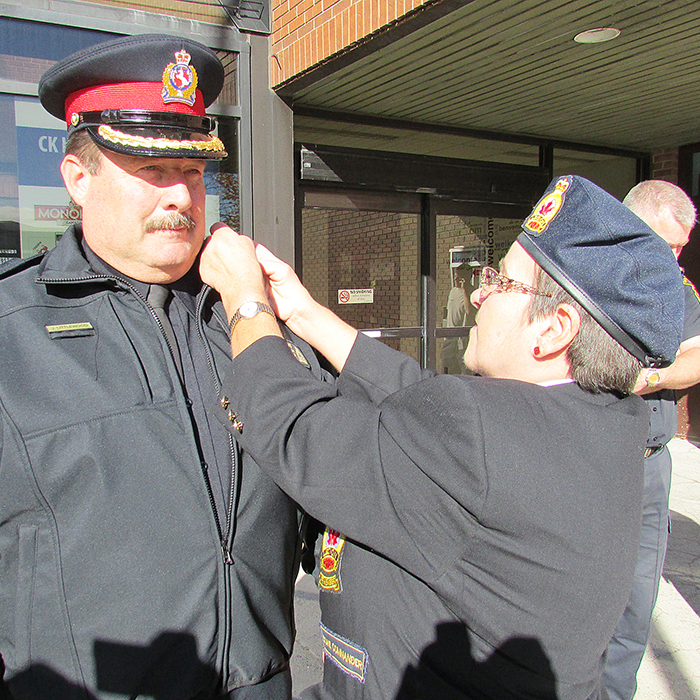 The kick-off of the 2015 Poppy Campaign began Friday in Chatham-Kent with a flag-raising ceremony at city hall.

Here, Williams pins a poppy on the uniform of Littlewood.

The poppy is widely recognized as a symbol of Remembrance, since it was first adopted in 1921.

Williams said last year, the 10 member Legions in this zone raised $120,000 for veterans and Legion programs. 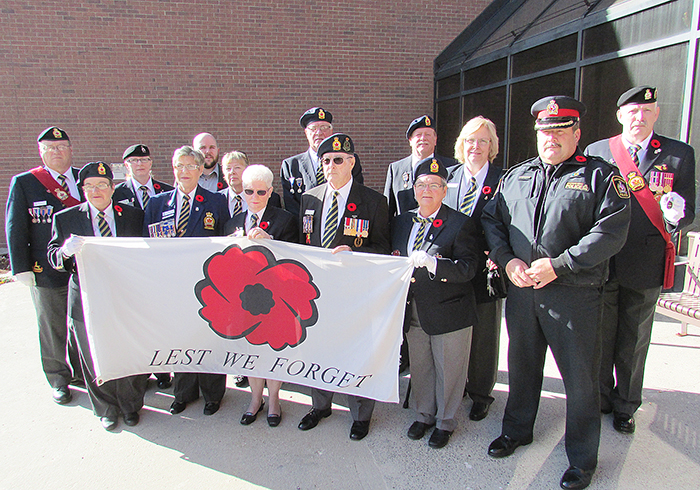