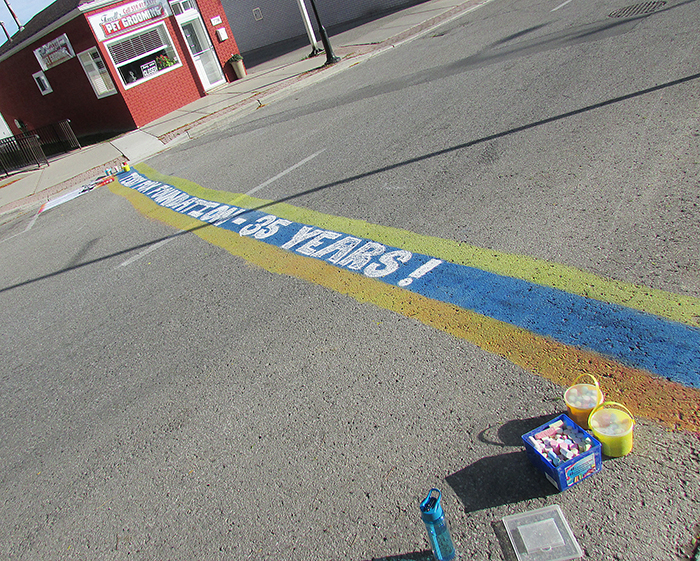 Given a great cause and some creative freedom, it’s amazing the way people from across Chatham-Kent responded on the weekend.

The best example was the 35th anniversary of the Terry Fox run, an event to commemorate the courageous battle of a young man who gained immortality even while losing a physical fight against cancer.

After having his right leg amputated while he was still a teenager, he decided three years later to run across the nation.

No one had ever thought of crossing Canada in such a way. In true Canadian fashion, he didn’t let that stop him.

His goal was to collect $1 from each Canadian, a total of $24 million.

He completed more than 5,300 kilometers before the cancer returned and ultimately cost him his life a month before his 23rd birthday.

He did it his way and in the 35 years since he died, the Terry Fox Foundation has raised more than $650 million around the world.

Since Chatham-Kent is a community of communities, it was fascinating to see the different ways each centre took up the cause.

In Dresden, volunteer firefighters pulled a truck through the downtown area, while in Wallaceburg, participants started and finished across a hand-drawn chalk line.

Thirty-five kilometer runs and face painting were a part of the Chatham event.

Tilbury featured plenty of children while Ridgetown made it a point to honour cancer survivors.

However they chose to contribute, from length of run to complimentary events, it was a day for each one of us across Chatham-Kent to be proud.