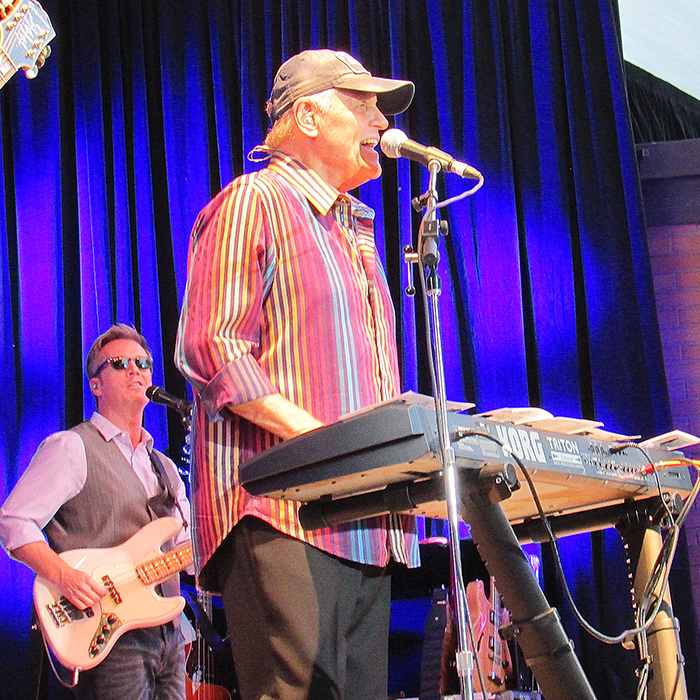 When was the last time you saw thousands of people in Chatham on their feet, smiling, singing and dancing?

It happened Saturday night at Tecumseh Park as the legendary Beach Boys staged a concert that will be talked about for years.

A canopy of trees, a riverfront park, the historic Armoury building and warm summer night proved to be the perfect backdrop to listen to music that has touched generations.

With two sets from the Beach Boys and an impressive opening act by local band Superfly, ticked-holders were treated to nearly four hours of music.

Despite stiff competition from the Bothwell Car Show (celebrating its 24th year) and the Wallaceburg Antique Motor Boat Outing (27 years and counting), the park was packed, with some of the more energetic concert-goes having visited the other events during the day.

The Downtown Chatham Rotary Club didn’t have flexibility on the concert date, but it didn’t matter as the community showed tremendous support for all three.

And the best part of the weekend’s events?

Not only did those who went have fun, they helped boost the economy and raised funds for worthwhile projects.

The Rotary Club announced halfway through the concert that it had met the $100,000 commitment to the Chatham-Kent Hospice.

Bothwell Optimists, who are one of the driving forces behind the car show, have a long list of community projects in East Kent.

As a free event, WAMBO doesn’t have the opportunity to generate as much funds, but its value to the Wallaceburg economy is undeniable.

The community spirit shown by event sponsors such as TekSavvy Solutions, RM Restoration and Retro Suites, and more than 100 volunteers from local boy scouts, Knights of Columbus and Sertoma Club of Thamesville made the Chatham event a success.

Old Autos Newspaper and the Optimists and scores of others made the car show work, and the Knights of Columbus and the WAMBO organizing committee carried the load at that event.

It was a weekend to remember, and for all the right reasons.