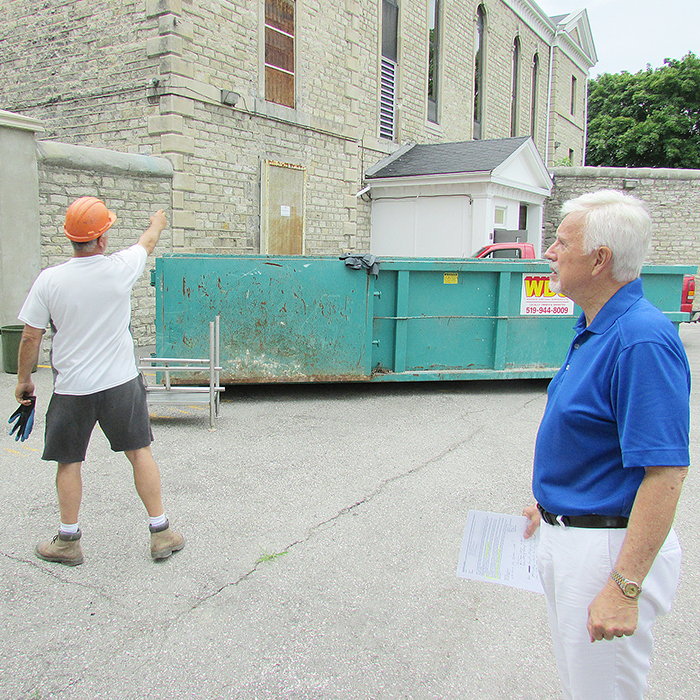 Reports that plans exist to demolish the 1950s era courthouse section of the former Chatham Jail complex are untrue, according to a provincial official.

Ian McConachie of Infrastructure Ontario said that doesn’t mean work isn’t being done at the facility, however.

Workers from a Windsor demolition firm spent last week removing kitchen equipment, capping plumbing and taking down razor wire in the 1850 section of the building, designated as a provincial historical site.

Robert Monaghan of Monaghan Demolition said the job was “routine” and designed to make sure the building was safe. “There was a smell inside so the toilets were capped, the kitchen hardware was removed and the razor wire is just dangerous,” he said.

All materials will be recycled where appropriate.

The jail was decommissioned last July. The building pre-dates Confederation by nearly 20 years. The project began in 1847 and one of the workers was Alexander Mackenzie who became the second Prime Minister of Canada. The two-storey limestone structure was opened in 1850.

Under provincial protocol, the structure is offered to various levels of government. If no interest is shown it is then offered to non-profit groups, adjacent property owners and eventually to the general public.

McConachie said no provincial entity has expressed interest and expects the building will be offered to the municipality of Chatham-Kent within the next few weeks.

“The building will be offered at market value but we haven’t completed a market value assessment yet,” he said. “I expect that will happen soon, but we don’t have to have the assessment done before we offer the property.”

Chatham Coun. Doug Sulman said he is interested in hearing the province’s proposal because he believes someone needs to step in and save the structure due to its historical significance.

“This building represents the very birth of Kent County,” he said. “It’s far too important to let it fall by the wayside.”

Chatham-Kent-Essex MPP Rick Nicholls said he plans to check with the Minister of Economic Development, Employment and Infrastructure to ensure the work doesn’t go beyond what’s usually undertaken.

Hans Vanderdoe, a founding member of the Facebook group, Friends of the Kent County Courthouse, said he has grave concerns about the work being done.

“Things tend to happen which shouldn’t in cases such as this,” he said. “When the courthouse closed in 2003, I found the province throwing out the books of Justice R.S. Wood,” he said.

Wood, an early jurist, left his law library at the courthouse to be donated to the Kent County Law Library.

“Unless people doing the work are aware of the significance of what they’re dealing with, it’s easy to lose something valuable.”

Vanderdoe said those who want to preserve the jail have been denied access to it recently.

“I used to give tours of the jail but we’ve been told we can’t do that any more,” he said. “We haven’t been given answers as to why so it doesn’t give me a good feeling.”

Vanderdoe said it would be a shame to see the jail demolished as well as the courthouse, but it wouldn’t necessarily surprise him.

“We’ve been given a gift from our great-great-grandfathers,” he said. “It is a marker of where we came from. That building was constructed because we needed a jail and courthouse before we could become a political entity. Without it we could have been part of Essex or Lambton, but our forefathers took the step of building it to give us an identity. It served us for more than 150 years, and now we’re on the verge of losing it.

The Friends of the Kent County Courthouse was formed a decade ago in anticipation of the building becoming redundant but Vanderdoe said until recently there hasn’t been much activity.

The Facebook group has just over 60 members, and an online petition urging its preservation has attracted 17 signatures since it was posted a week ago.

“I’m worried that we will just wait until it’s too late,” he said.

“My understanding is that the actual demolition, if it happens, would be months away. We’re still trying to seek involvement to see if the new section can be preserved as a revenue source to help sustain the heritage section.” 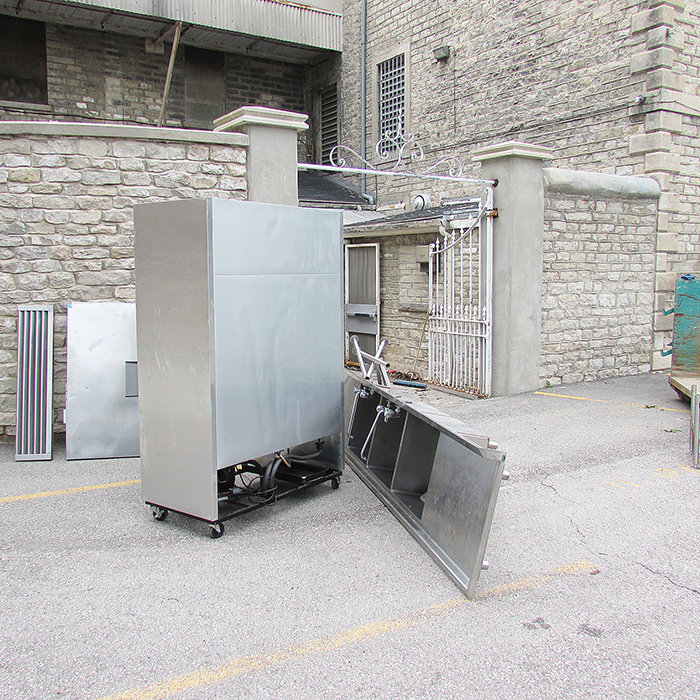