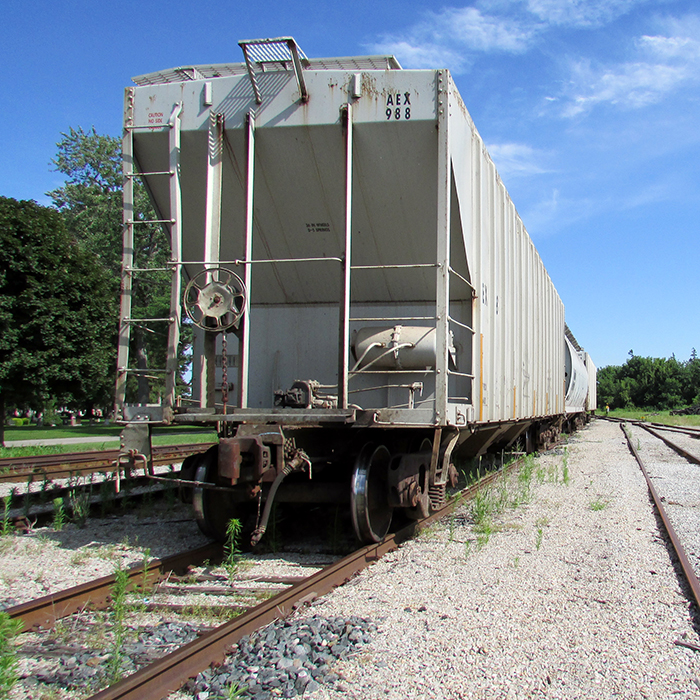 Four months after opting to purchase miles of steel track, the municipality is no closer to finding a buyer for the line that runs from Chatham to north of Wallaceburg.

Stuart McFadden, deputy director of economic development for the municipality, said since the decision in late February to spend $3.6 million to buy the track along the old CSX line, the municipality has had a handful of folks express interest, but nothing concrete has come from any of it.

“There is nothing on the go as far as an open file on it right now,” he said. “We have had four groups approach us since council made the decision to purchase the steel. They’ve asked for information; we’ve given it to them.”

In 2013, the municipality and CP partnered to pay CSX $4 million for the rail line, with Chatham-Kent owning the land and CP purchasing the salvage rights to the steel rails.

CP gave the municipality freedom to seek an operator on the line. Several potential operators courted the municipality, and two put in offers, but council didn’t deem them feasible.

With concerns CP would exercise its salvage right on the tracks, the municipality chose on Feb. 26 to buy the steel and leave it where it still sits today.

“There are some projects hanging on that rail line being viable,” he said, adding one of those is a large-scale fertilizer plant.

McFadden said one potential developer had a group in Chatham earlier this month.

At the February special meeting of council, Michael Burton, director of economic development, said about 40% of the files his department is working on in terms of outside investment is tied to having the rail line active. But that also translates to 95% of investment growth potential on file.

“Without rail, there is no fertilizer plant. It’s that simple,” he said. “There is significant interest in this kind of facility. Four companies are interested.”

Meanwhile, McFadden said the municipality is all ears over potential suitors.

“If anybody wants to buy it, we’d be more than happy to sit down and talk to them,” he said.