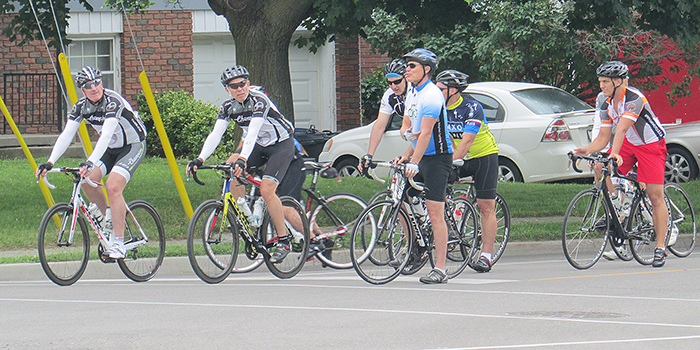 Participants in the 100K element of the second annual Chatham-Kent Cycle Fest wait for a green light as they embark on their route through Chatham-Kent Saturday morning.

About 135 riders took part this year, raising an estimated $11,000 for the Freedom Riders’ adaptive rider program at the Children’s Treatment Centre of Chatham-Kent.