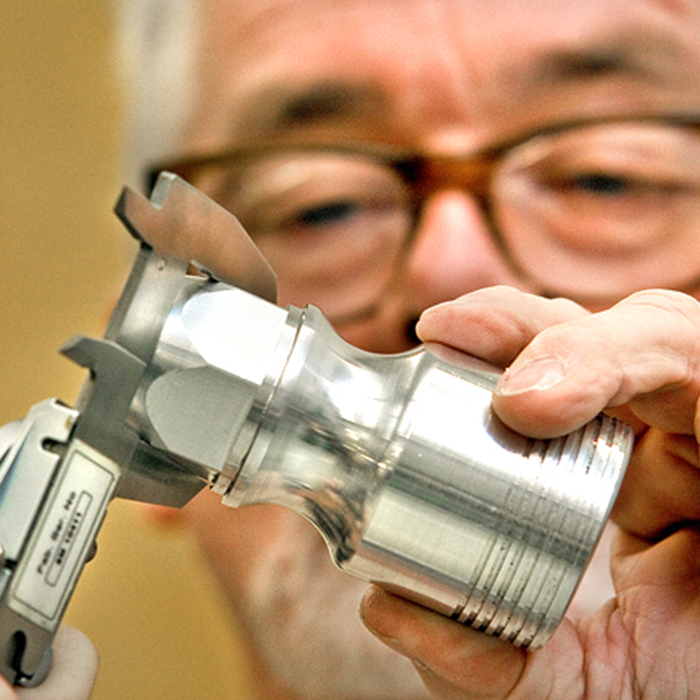 Jamie Rainbird and Geoff Wright of the Chatham-Kent economic development department said the program, which started in January, will help fill a huge void in the local workforce – skilled labour.

It’s a general machinist course, one that wasn’t supposed to begin until the fall, but pressure from area manufacturers and politicians got the program pushed up to this past January.

Jeff Murrell, associate dean of apprenticeship and skilled trades training at Lambton College, said he and Dean Ranjan Dhattacharya came to the school in 2012 and identified a need.

“We’ve reimagined how to teach this sort of trade and give the students the skill set,” he said. “With the downturn in the economy around the large manufacturing sector (last decade), everyone thought this trade, general machinist, was going to disappear.”

But that’s not the case.

“Small specialty shops are springing up and general machinists are as popular as ever,” he added. “You go into some shops and the youngest person on the shop floor is in their late 50s. They talk about having to send some business off shore because they don’t have the machinists.”
Murrell said the school is getting requests from Windsor to Sarnia and “all the way to Guelph – the whole corridor is very interested.” But the biggest clamour is coming from Sarnia and Chatham-Kent.

The program has its political champions as well, Murrell said.

“This is one of the things that’s been on the radar. We (he and Dhattacharya) were both talking about similar programs. While in the process, the mayor (Sarnia’s Mike Bradley) actually called the college president saying businesses were in need,” he said.

“It’s nice to see the local colleges stepping up to the call, because manufacturers are looking for skilled, trained, educated people,” he said. “They know they’re not getting experienced people, because those people have retired or are already working there.”

Rainbird said area manufacturers are salivating, and fighting, over the students in the program.

“They’ve got employers from Wallaceburg, Chatham, Sarnia and London that are basically lining up and saying, ‘As soon as these people get done, we want them,’” Rainbird said.

He added the program entails about six months of courses, followed by an on-the-job apprenticeship.

“People are complaining there is no work. But there’s a skills gap,” he said. “This is a quick and easy apprenticeship program, with about six moths of in-class training. The rest is on the job.”

Murrell describes the program as a modified apprenticeship.

“Students get signed up with our industry group as apprentices. They take 24 weeks of apprenticeship training with us and they go out and complete their training,” he said. “There is lots of opportunity and lots of jobs.”

The program is drawing interest from high school graduates as well as people returning to school for retraining, Murrell said.

“We have some young people whose dad has brought them in and said, ‘You need to do this.’ We talk to the young adult and we find out the person would excel, and they sign up,” he said. “We also see people in their late 20s who took something (in school) that led to a point that they hadn’t seen in their life and now they’re looking for a career change.”

Wright said the next challenge is filling the program to capacity – convincing students that a skilled trade is a worthy career.

“Let’s focus on medium- to long-term solutions. Encourage our children to go to post-secondary and to take a long, hard look at the trades. You can have a great lifestyle and a very rewarding career,” he said. “We’re trying to get to these kids in Grade 7 or 8 – not to make their decision but to start thinking about it.”

Wright thinks the demand for skilled tradespeople should speak for itself.

“If there’s a demand for a course, you can bet there’s a demand for it coming out the other end. These guys are being offered jobs before they graduate,” he said. “A lot of people are struggling to find skilled labour. There aren’t too many manufacturers I go into who aren’t looking for a skilled workforce.”

Murrell and Dhattacharya aren’t done. They will add an electrical-mechanical program in the fall, where students will receive vocational and hands-on training to become service technicians for equipment manufacturers. Murrells said the graduates of the program would be trained to go out and service machinery, or go on to become industrial electricians or millwrights.

For more information on the general machinist program, call 519-541-2403 or visit the school. Murrell said the college is hosting a Return to Learn event April 15 form 4 p.m. to 6 p.m. aimed at second career students, but he said he would chat with anyone interested.