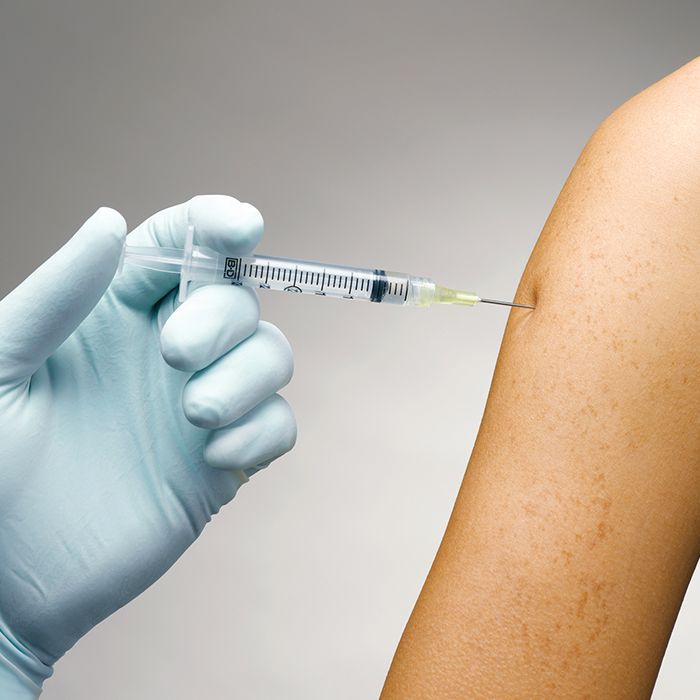 Just one of three Chatham Corcorans got a flu shot this year. And guess what hit our house this month?

It started with our daughter, who came down with it the week before March Break. She missed four days of school. At its worst, the flu hit her with a fever, major congestion, and the aches so bad she said it hurt to move her eyes.

She still had a cough this past weekend.

That’s what I got – the cough. I opted for a flu shot this year, and while I didn’t avoid some chest congestion, it seems that’s the only element of our daughter’s illness that landed with me.

It is a pretty good cough, mind you, but nothing compared to what my daughter suffered through, and what ultimately got passed on to my wife, Mary.

She took ill last Friday, feeling just as crappy as how our daughter felt when she took ill more than a week prior.

On the weekend, with me downstairs helping our daughter with a school project and Mary under a blanket on the loveseat upstairs, we performed a strange calling to each other. I’d cough; she’d cough. And they sounded eerily similar, as we tried to move phlegm (that’s a great word, isn’t it?) and stop wheezing.

What I have observed firsthand through this spate of illness is that the flu shot is effective. I would take that tiny prick to the arm in the fall anytime to avoid the aches and fever that ravaged my family.
I have a feeling that next year, I won’t be the only one in the house getting one either.

We love our backyard pond, and usually have it up and running by now. But it’s still quiet, and a lot emptier.

Last week, when I stepped outside to light the barbecue, I noticed all the snow and ice had melted over the pond, revealing a sad sight. I saw a dead fish. It looked pretty big, so I figured it was one of our koi. As I walked over for a closer look, I noticed another, and then more. In total, all six of our koi had died during this very cold winter.

We have a heater in our pond, and it worked keeping a little bit of the pond from freezing over, allowing carbon dioxide to escape. But the extreme cold must have been too much on the koi, as the more hardy goldfish are OK.

We received some of the koi as gifts and bought a few more when they were on sale. One had been in the pond for a decade and had really grown to an impressive size.

I’m not sure if we’ll replace these beautiful fish, or opt to just add more goldfish. While I worry what future winters may bring, koi really add character to a pond, in colour and size. They consume three times the food a goldfish does, and grow much more quickly as a result.

I must thank Cindy Vinall of the Chatham branch of the Canadian Cancer Society, as she has hooked me up with some of my much-needed rehab gear for after my hip surgery.

Cindy went through knee replacement surgery, and loaned me her walker and an exercise board. The walker is pretty sweet, as it’s a dark copper with black highlights.

I tried it out the night I brought it home, naturally.

Now, all I need is a raised toilet seat, wedge cushion for whichever chair I opt to sit in, a cane, and a host of other accessories. The key is to not break a 90-degree angle between my torso and hip for about six weeks as the hip heals. The Red Cross will be getting a visit in the near future as I hunt down my needs.