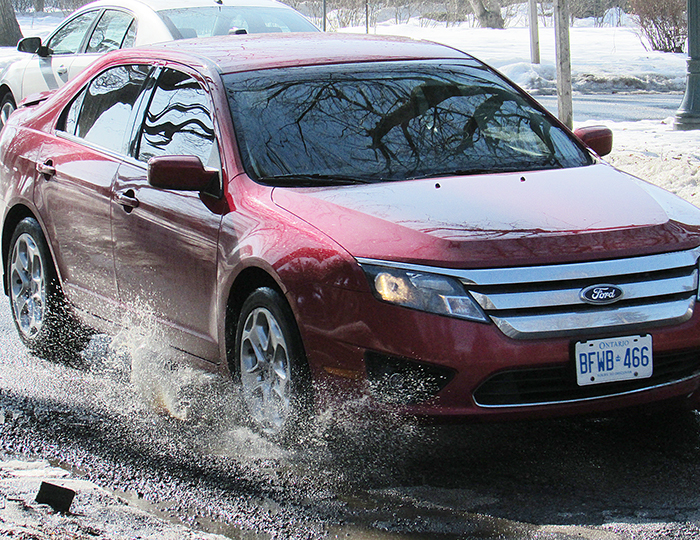 Spring has sprung, meaning the snow is melting all over the place, including onto – and into – roads.

That leads to potholes. Miguel Pelletier, director of public works for the municipality, said it’s too early to tell how bad this year’s round of potholes will be. But two tough winters will likely lead to another spring of pothole dodging for many local drivers.

“They are working on them already in some areas, but we are still dealing with snow – as we are clearing catch basins,” he said.

Meanwhile, the municipality is taking steps to limit the damage, as Pelletier said they have begun putting load restrictions on some of the secondary roads.

He said temperature is not the only factor in the creation of potholes.

“There is the condition of the road, how it was built – these impact a road’s susceptibility to potholes,” he said. “Another component is how fast the snow will melt.”

A slow melt is good, with temperatures above freezing during the day, but dropping below at night to slow the process.

That limits the amount of water – the biggest culprit in the creation of potholes – that is on a road’s surface. Standing water on road surfaces will eventually find its way into and under the road, which can lead to the surface getting “loose,” Pelletier said.

As those loose particles are run over repeatedly, they and get bounced right out of place, creating a pothole. As the water gathers in the hole, each time a vehicle rolls over it, more and more of the loose pieces fly out, and the pothole grows.

Pelletier said there’s no way to tell if this year’s potholes will be even worse than what we encountered a year ago after a long snowy winter.

“Is it going to be worse this year compared to last? That’s hard to predict,” he said. “The only thing we know for sure is we’re going to get them.”

Pelletier advises people to contact the municipality to report potholes. He said to call 519-360-1998 or e-mail ckinfo@chatham-kent.ca.

“We’re getting lots of calls. If people want to call to report potholes, it helps us to know where to go,” he said.

They will be repaired on a priority basis. The size of the hole is a factor, but so too is the amount of traffic on the road where the pothole is located.

“If it affects your driving and can pose a hazard, people should bring it up,” Pelletier said.