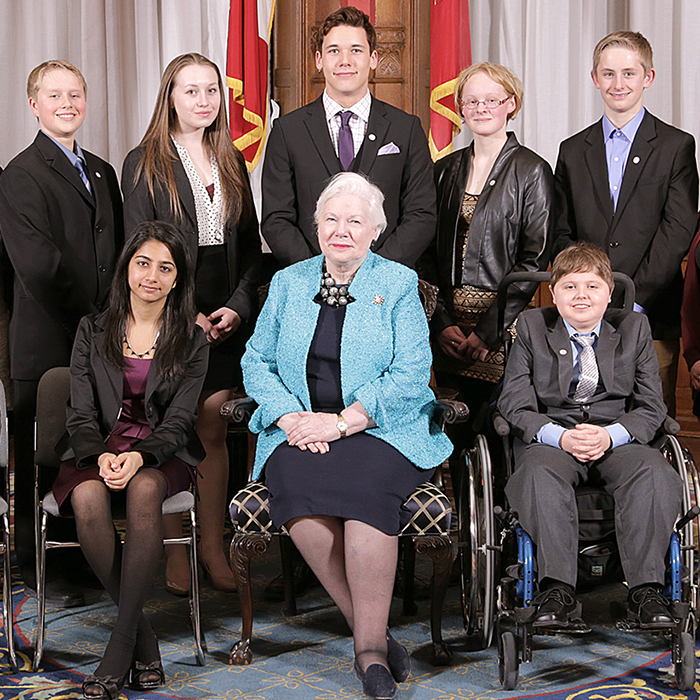 Pain Court’s Issac Pinsonneault, centre top, was among a group of 12 young Ontarians to be named Ontario Junior Citizens of the year recently. He’s pictured with several other recipients, as well as Lt. Gov. Elizabeth Dowdeswell, centre bottom.

A dozen Ontario teens and adolescents, including a Chatham-Kent teen, were recognized this week as this year’s Ontario Junior Citizens of the year.

Isaac Pinsonneault, 17, was part of the group, who met with Lt. Gov. Elizabeth Dowdeswell Monday at Queen’s Park. The group was recognized in front of family and friends for their inspiring community involvement.

Pinsonneault saved a man’s life last summer on Lake Huron. In August, while on a family vacation near Goderich, Pinsonneault risked his own life in heavy waves to rescue a man floundering off the shore at Point Farms Provincial Park.

« Bus stops buried in snow this year Sunshine on the grill »