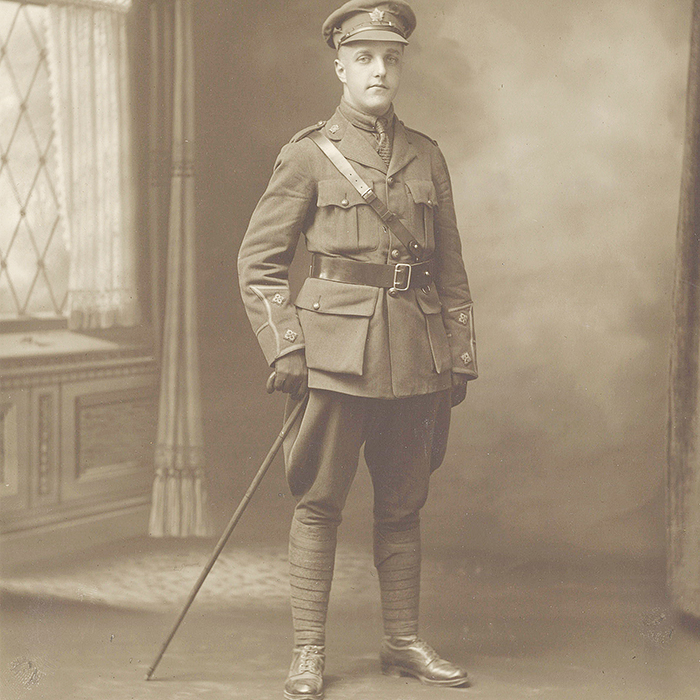 Matthew Maurice “Sonny” Wilson, son of a prominent Chatham lawyer, will be posthumously called to the bar himself Nov. 11, 96 years after he died.

Sonny died in combat in the First World War, a month before it ended. He and about 60 others who died in the Great War are to receive honourary calls to the bar at the Law Society of Upper Canada’s Remembrance Day ceremony this year. All were in law school when they went off to fight.

None of them came home alive.

Sonny’s picture hangs in Osgoode Hall. It is what ultimately brought separate branches of the Wilson family back together.

Geoff Hall, a grandnephew to Sonny, said Lindey Wilson, an unknown relative to him, yet someone who also lived in Chatham, saw the name on the plaque below Sonny’s picture, and the gears started turning. She began to look into her ancestry to see if they were part of the same family tree.

“One day there was this woman banging on my front door, saying that we’re related,” Geoff said.

“The nice thing about it is, 100 years later, we now have another family that we’re attached to. We didn’t have that before,” Geoff said.

Searching the family roots has become contagious too. Geoff said younger Wilsons are caught up in learning about their heritage after learning of the Sonny Wilson story.

Looking back on history can dispel family myths as well. Geoff said Sonny’s tale led to another about the sidearm he carried into battle.

“There was kind of a romantic story about his revolver – his mother had taken it up on one of the bridges (over the Thames River) and flung it off into the river so it would never kill again,” he said. “It was bunk. We ended up with that thing in our basement. It used to just sit wrapped in a cloth down in our basement when we were kids.”

What wasn’t myth was the effort Sonny went to just to go to war. Sonny’s father, Matt Wilson, was not just a big-name lawyer in Chatham; he was the president of the Western Bar Association, and was quite wealthy, Geoff said. Matt wanted his son to become a lawyer, which is why Sonny went to Osgoode Hall in the first place.

Matt didn’t want Sonny to go to war, Geoff said. But in 1915, Sonny received his commission in Chatham.

Geoff said Sonny showed a lot of courage opting to go to war.

“It took some spine because they would have been aware of how the war had progressed and would have known the odds were long on surviving,” Geoff said. “They could see the casualty lists. Everybody knew somebody that had been killed.”

Sonny also landed in a position where he did not have to serve, Geoff said, as just before Sonny and his battalion was to ship out in 1917, the Canadian Army decided it had enough officers.

“He was a law student. His dad was a rich and powerful guy. It would have been easy to say, ‘No, you don’t need any more officers. I’ll just stay home,’” Geoff said.

But instead, Sonny resigned his commission and enlisted as a private, Geoff said. Matt still didn’t want his son to go, but due to Sonny’s insistence, he finally relented.

The decision ultimately killed them both.

Geoff related how Sonny died in France, “almost exactly a month before the Armistice.

“It’s all winding down. Everybody’s just trying to get out of it alive. It was in Iwuy, just outside Cambrai. The battle was fairly small, but really vicious,” Geoff said. “In those days, officers led from the front. He was one of the first guys into the town. A big shell goes off and destroys his leg.”

His battalion couldn’t get him off the battlefield immediately, and he never made it.

Matt passed away only a short while later.

“His dad essentially died because Sonny died. It just killed him,” Geoff said. 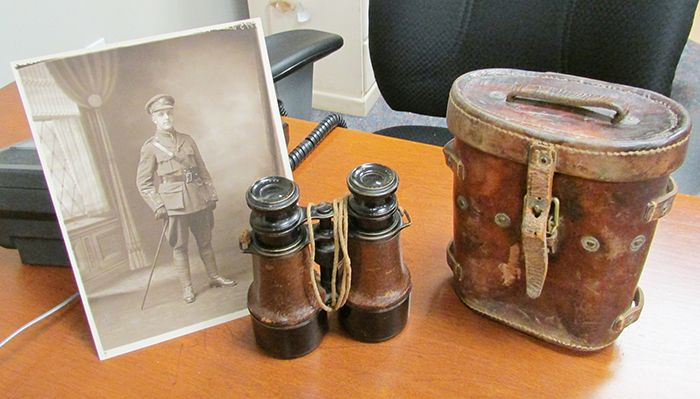