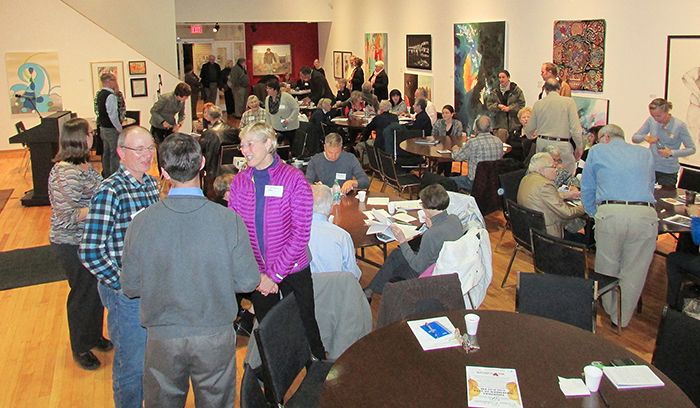 Before the proposed Chatham-Kent master cultural plan is finalized and implemented, the municipality has to overcome concerns that the document isn’t inclusive and lacks input and support.

Chatham-Kent director of community services Evelyn Bish says she is up to the task.

Much of the discussion at the Oct. 29 unveiling of the plan dealth with concerns on a variety of topics.

“There was a lot of emotion and a number of valid concerns raised,” she said. “I can’t change the past, but anyone who knows me knows that I’m about inclusiveness and I want to hear what people have to say as we go forward.”

“There hasn’t been any real interaction with tourism of the public,” she said.

She also said the plan doesn’t include all communities.

“There’s a lot of Chatham-Kent that isn’t in Chatham,” she said.

James Snyder, one of the founding members of the Wallaceburg Arts Council, echoed that concern.

He said Wallaceburg has a large museum. The Jeanne Gordon Theatre and its arts council was founded more than 30 years ago, but there’s nothing in the plan about Wallaceburg. He said the plan also doesn’t mention the Jim Kish Theatre in Bothwell.

Much of the strongest criticism came from members of the Chatham-Kent advisory committee who attended. Jim Purdy, a member for more than two decades, said his group has had virtually no input into the plan.

He said rumours that the Milner House is to be either sold or used for storage are of great concern since the facility underwent more than $150,000 in work to transform it into a 1905 period home.

“It’s not equipped for storage. We seem to be on the verge of always trying to get rid of it,” he said.

Purdy also expressed concerns about the plan going ahead without more input.

“Are we going to find out about what happens before or after the fact?”

He said it appeared a plan was being floated last year to purchase the former Cinema Six and expressed concern afterward about a possible flip of that facility for the Milner House.

Bish reiterated that council’s approval of the plan will allow more opportunity for input.

Museum advisory board chairman Bruce Warwick was critical of the time frame.

Warwick said the museum lost its heritage co-ordinator two years ago which created more work for the curator. He said the museum is now five years behind in cataloging items and the addition of part time hours in the plan won’t make it up. “We’re always having to fight for funds.”

“The money needed to preserve culture is a pittance compared to being what’s lost at the Bradley Convention centre. At most, it’s a few months of losses.”

He said it is council’s responsibility to “protect our heritage” but given the low priority allocated to the area, there is no way he would consider donating items to the collection.

Scott said he is skeptical the relationship between Chatham-Kent and the advisory committee will change.

“All of Ontario is facing these problems,” she said. “Senior government level grants aren’t what they used to be and we’re being forced to make some difficult decisions.”