“Everyone is welcome in my community.”

With those words, Greg Peters, chief of the Delaware Nation at Moraviantown, is inviting area residents to attend a celebration of native culture this Friday to Sunday.

The centrepiece of the Delaware gathering is the dedication of A Place of Many Grasses, a monument to Chief Tecumseh and his legacy.

“We’re pretty excited about the dedication,” he said. “We wondered for a long time why General Brock had a giant pillar, but Chief Tecumseh had only a rock with a plaque on it,” he said.

Tecumseh, a Shawnee chief and leader of a First Nations confederacy, was instrumental in bringing together native support against the Americans in the War of 1812. He died Oct. 5, 1813, in the Battle of the Thames near Moraviantown.

“When you look at the casualties in the war, the price paid by First Nations warriors is undeniable,” Peters said. “Over recent years, our contributions have become more recognized and this is an important step in that journey.”

At the heart of the display is a 50-foot-by-48-foot-by-18-foot metal sculpture entitled “Wisdom,” created by renowned Canadian artist Gordon Reeve.

Reeve, a retired Professor of Sculpture at the School of Art at University of Manitoba, said the inspiration for the work is the legacy of Tecumseh in honouring First Nations history.

“Dance is an important part of First Nations culture and I wanted to make this a place where people could come to dance,” he said.

The structure contains symbols of native culture and provides an open feel in that it only touches the ground at four points. It is designed to compliment the environment and provide a visual experience for visitors regardless of time or season.

Dedication of the site will take place at Longwoods Road three kilometers east of Thamesville Sunday beginning at 4 p.m. with dance and drumming followed by comments by First Nations leaders, some of whom are coming from as far away as the southwestern United States. Local, provincial and federal dignitaries will speak as will Reeve before a procession to the sculpture.

Funding for the project came from the Government of Canada’s 1812 Commemoration Fund supplemented by funds remaining from Chatham-Kent’s 1812 legacy projects.

Sunrise fires will be held each day of the event. 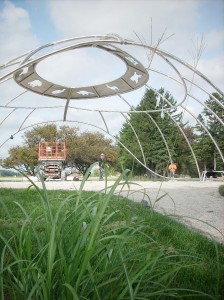 There will be a community Indian Taco Supper at 5 p.m. and a creation story recital following at the community centre, ending with a campfire and story telling.

Following a 7 a.m. breakfast, there will be the grand opening at 9 a.m. of the Weelateexung Nature Trail, “The Good Path” on Centre Road.

Committee member Sherry Huff said the 1.8-kilometre path follows the Thames River and will have displays along its length, including traditional native dip-net fishing. A community history video, “Stories Told to Me,” will follow.

The afternoon will feature workshops and demonstration of beading, moccasin making, deer hide tanning and foot and bike races.

The day concludes with a community supper and a social time.

Prior to the monument dedication Sunday there will be a breakfast served by chief and council, native football and lacrosse demonstrations, a tea boiling contest and a feast. 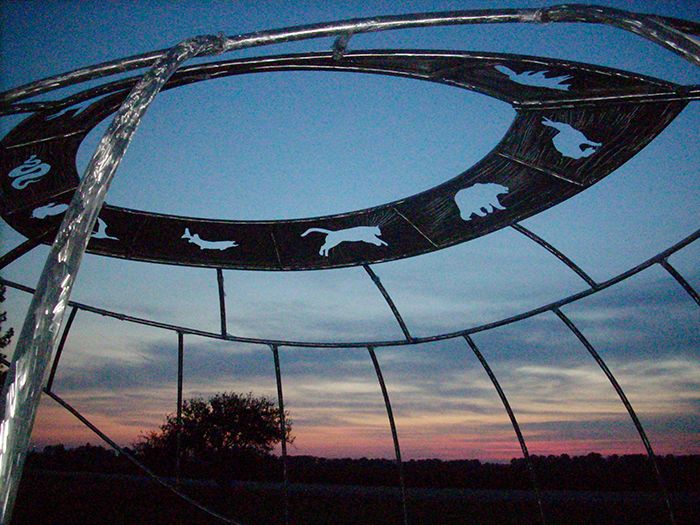 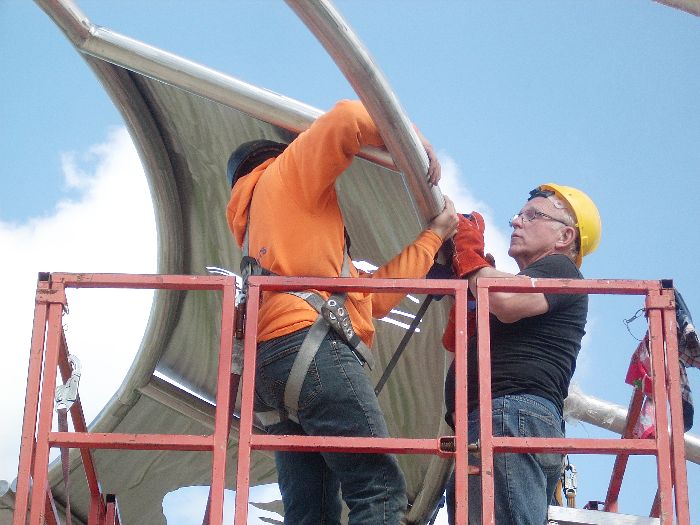