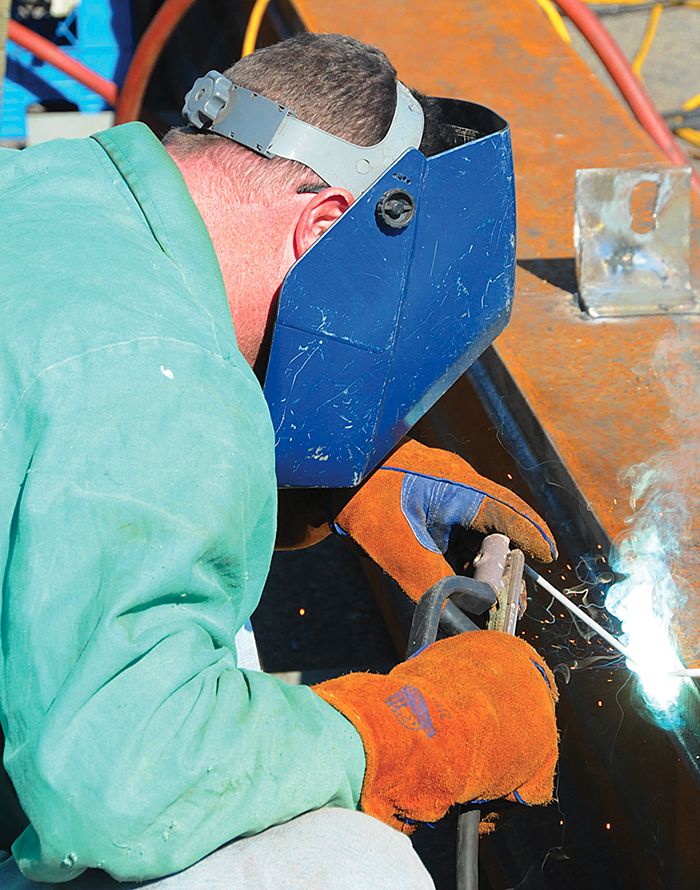 The time is here for a “made in Chatham-Kent” solution to the skills gap which is contributing to the local employment rate, says C-K’s deputy economic development director.

“We know what the issue is, we have a proven method to help fix it, what we need to do is get moving,” Stuart McFadden said.

“We don’t need another focus group or round table.”

According to statistics of the Chatham-Kent Workforce Planning Board, Chatham-Kent’s unemployment rate is 9.5%, while Sarnia-Lambton’s is 9% and Windsor-Essex is 7.6%. The provincial average is 7.4%.

McFadden said the issue is made more complex because of the speed at which technology is changing and outdated ideas about careers.

“We’ve told an entire generation that you shouldn’t pursue manufacturing jobs; they’re dirty and less desirable,” he said. “Anyone who’s visited a shop floor knows that’s simply not true. These are well-paying jobs which involve working with your mind as much as your hands.”

McFadden said the provincial government must move now to address the issue with specialized programs and flexibility to meet the needs of those looking for work.

“In addition to the unemployed, we have a large number of people who are underemployed,” he said. “We don’t need a nine-to-five education system. We need programs that can be done at nights or on weekends so those with jobs can update or upgrade their skills.”

He pointed to the James A. Burgess Skills Centre that existed for several years at the campus of Wallaceburg District Secondary School.

The centre was initiated by Wallaceburg-area businesses that saw the need for training. The program grew and became a St. Clair College campus in 2001 before winding down by the end of the decade.

The site is now used to house Grade 7 and 8 students in Wallaceburg.

“Thousands of people went through those programs and worked in local industry,” he said. “The concept is proven and it can work. We just need to apply what we know.”

McFadden said partnerships with local industry to supply space and equipment could be combined with government funding to make such a centre possible.

“Investing in people is just as, or more, important as investing in infrastructure,” he said.

Jeanine Lassaline-Berglund, field service advisor at Excellence in Manufacturing Consortium, a stakeholder in the manufacturing sector, said while the skills gap is real, not all of the responsibility lies with the education system.

“Economic pressures have led employers in many fields to reduce what could be termed ‘investment’ in employees,” she said. “At one time, employers could find someone that perhaps didn’t have the all of the skills needed but would invest in training them. More often now, employers are seeking a fully-trained employee.”

Lassaline-Berglund said involvement of the provincial Ministry of Education in training programs slows the rate at which those programs can evolve.

“The ministry can’t turn a curriculum in under a year and that is often what’s needed,” she said. “Business has always moved at a faster pace than government.”

As evidence of the disconnect between employers’ needs and the talent pool, Lassaline-Berglund said her research has shown that 74% of jobs posted locally aren’t filled within 30 days and 31% remain unfilled after 60 days.

“That tells me the skill set just isn’t there,” she said.

Applying standard valuations, Lassaline-Berglund said there are approximately 10 workers (irrespective of training) for each vacant job in the community.

“Manufacturing is not dead, far from it, but it has evolved to become much more skilled than it was 20 or 30 years ago,” she said. “The days of walking into a plant right out of high school and getting a high-paying job are long gone.”

With a trend toward smaller, more diversified sectors in the economy, Dean Hale, a consultant with the Chatham-Kent Small Business Centre, said many people are starting their own business.

The spirit of entrepreneurship is strong in the municipality with the centre helping start 159 new businesses in the past year, he said.

“Self-employment and entrepreneurship are unquestionably our most powerful job-creation tools,” Hale said in a recent report. “The results will be seen in a healthier, stronger community that impacts all of us.”

Part of his role is to provide aid to small firms looking for advice. “We have access to a lot of information that can be used by local businesses wanting to grow. We’re like a resource person you don’t have to have on your payroll.”