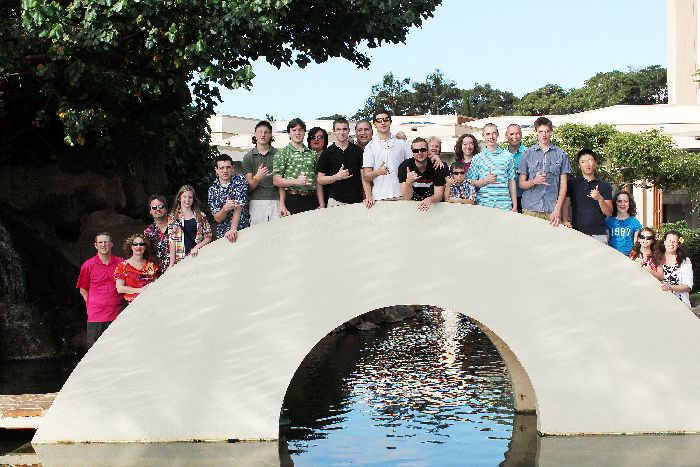 The team spent 13 days in Hawaii in March, playing some volleyball exhibition games, but also exploring some incredible vistas and historical locations along the way.

This isn’t the first CKSS team to visit Hawaii. If  you play on the senior boys’ volleyball team at Chatham-Kent Secondary School, chances are you’ll go there.

Leidl said he initially went through a travel agency to book the trip, but has since taken on all the planning himself.

“Every trip we’ve gone on, it seems the itinerary is better,” he said. “After you got there a number of times, you end up making a lot of contacts.”

The reasoning behind the trip is simple, Leidl said, to open the students’ eyes to the world.

“The goal is to allow every kid to experience international travel and see the Hawaiian Islands,” he said. “It’s a trip of a lifetime for them.”

It is also huge learning experience.

“The biggest thing I find as a reward for all this is it’s great to open up education and get outside the classroom,” he said. “Taking them to Pearl Harbor, right to the place it took place, they are very keen on learning about it. And they’re keen on learning different cultures.”

Leidl thinks such extended field trips are a boon to student education and development.

“I encourage school groups to do this more. It takes a lot of work and planning, but what a great experience for the kids. It’s something they are going to remember for the rest of their lives,” he said. 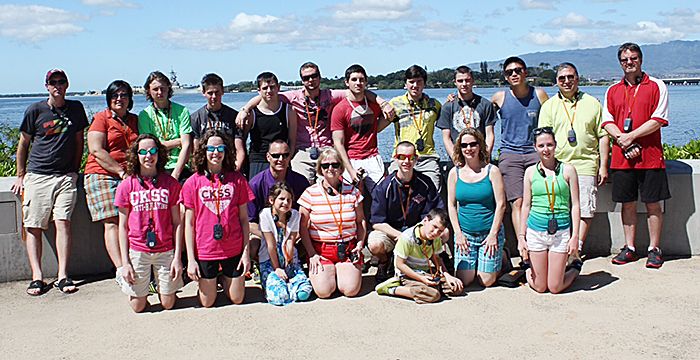 While the trip is an education for the kids, Leidl said it is a reward as well.

“The boys do work hard. We practice seven times a week a lot of the time and are gone on many weekends to tournaments. It’s nice to give them a rewarding experience,” he said. “Plus, when you go on a trip like this, it allows the kids to see you on a different level. You are still a role model, but it’s from a different perspective.”

The experience wouldn’t be possible without sponsorship and fundraising. Leidl said the team does a number of fundraising activities, and private businesses sponsor the boys individually.

This year, nine players made the trip, and 23 people went on it overall.

“I’m getting more and more parents joining us. It’s such a unique experience,” Leidl said.

The CKSS crew also paired up with a group from Clarke Road Secondary School from London, Ont., for the trip from March 6-18.

The visit began in Maui, but featured trips to Oahu, Lanai, and Kauai. The students visited some of the prerequisite tourist attractions, such as  the Waikiki strip, and shopped in the University of Hawaii shops, but also had dinner in a restaurant that was surrounded by a fish aquarium, Leidl said.

And then there was a trip up a volcano to see the sun rise. 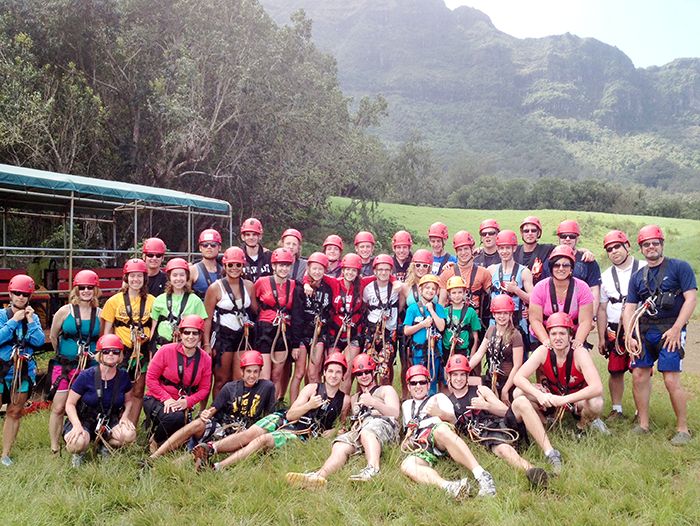 Or a visit to the Waimea Canyon on Kauai, considered to be the Grand Canyon of the Pacific.

How about a catamaran trip around Kauai? Done.

“Sometimes, I’d ask them what their favourite day was so far, and quite often, they’d say, ‘today,’” Leidl said. “In that 13 days, they got to see a lot of things, some that most people who tour the Hawaiian Islands never see.” 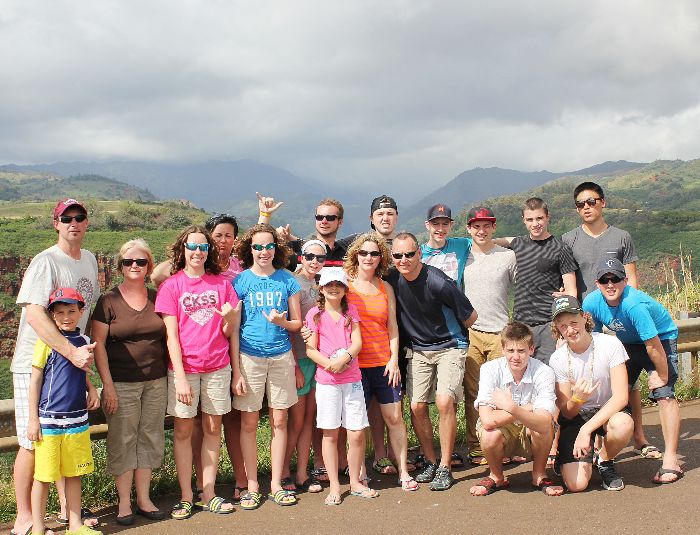