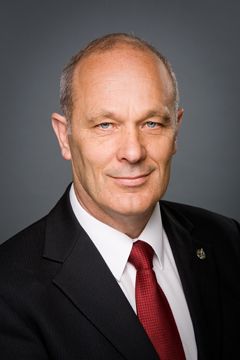 Tuesday’s federal budget is “a budget for our children” according to Chatham-Kent Essex MP Dave Van Kesteren.

“Governments of all levels have to realize that we have to get a handle on our crushing debt,” he said in a telephone interview after Question Period today. “It won’t go away and we shouldn’t hand it off to the next generation.”

Van Kesteren said the budget, which projected a $2.9-billion deficit, down from the $55.6-billion deficit of 2009, is the right thing to do. “In 2009, the economy required that we provide a stimulus which we did through infrastructure spending. Now we’re at the point where we must spend carefully but chart our way out of debt. It’s the single most important thing we can do.”

The MP said funds invested in job training are particularly good for this area that has suffered economic challenges due to industry closures. “We have provided funds which can be used to train workers for the jobs of today and tomorrow. We are committed to aiding businesses which require assistance but we will not subsidize industries which can no longer compete.”

“There is only one taxpayer and we need to realize that. Just like anyone trying to run a household, we can’t buy new stuff until we pay our bills,” he continued.  “It’s not that there aren’t plenty of worthwhile issues because there are, but we have to stay within our means or we aren’t living up to our role.”