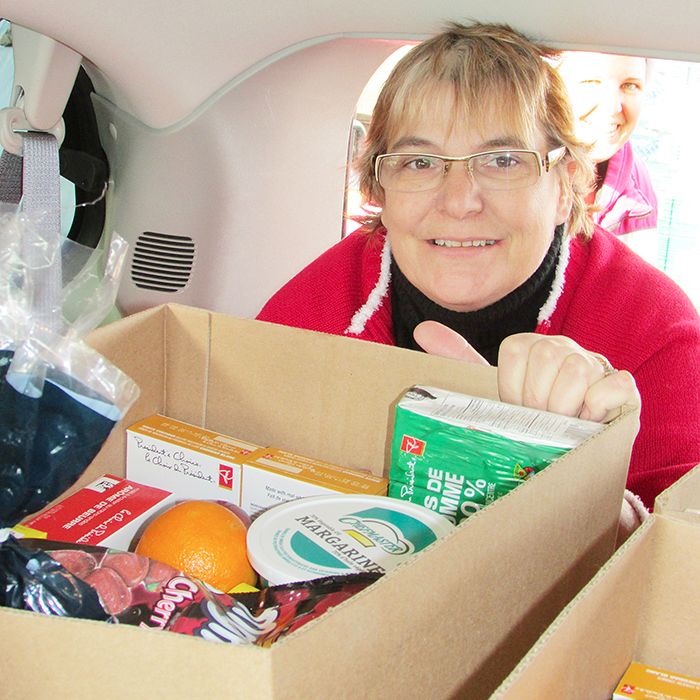 Mary Ann Wieringa packs a van with food Thursday at St. Joseph’s Auditorium as part of the food delivery for Chatham Goodfellows. Vans and trucks lined up beside the auditorium as volunteers jammed them full of food, destined to land on tables of families in need in Chatham this holiday season.

The Chatham Goodfellows have wrapped up a successful campaign as they finished packing hundred of boxes of food and toys on Dec.19 at St. Joseph’s Auditorium in Chatham.

The final step in their “No Child Without Christmas” effort was to deliver the food baskets.

Tim Mifflin, past-president and a member of the board of directors, estimated the annual porch light sales at over $35,000. The street sales brought in another $34,000.

While the numbers are approximate, Mifflin said they surpassed last year’s total for the two fundraisers by $4,000.

As a result, 1,500 families are being helped by the campaign, which is in its 59th year of ensuring local families enjoy a traditional Christmas meal and have gifts for their young children.

“Probably 3,000 to 4,000 people will take advantage of this being delivered,” said Mifflin of the overall impact of the campaign.

He added that hundreds of people volunteered to help, including 200 on Thursday morning and another 200 in the afternoon.

“It’s been a great campaign and a wonderful turnout by volunteers again,” said Mifflin.

“The citizens of Chatham-Kent have been generous and we want to thank them for their efforts.”