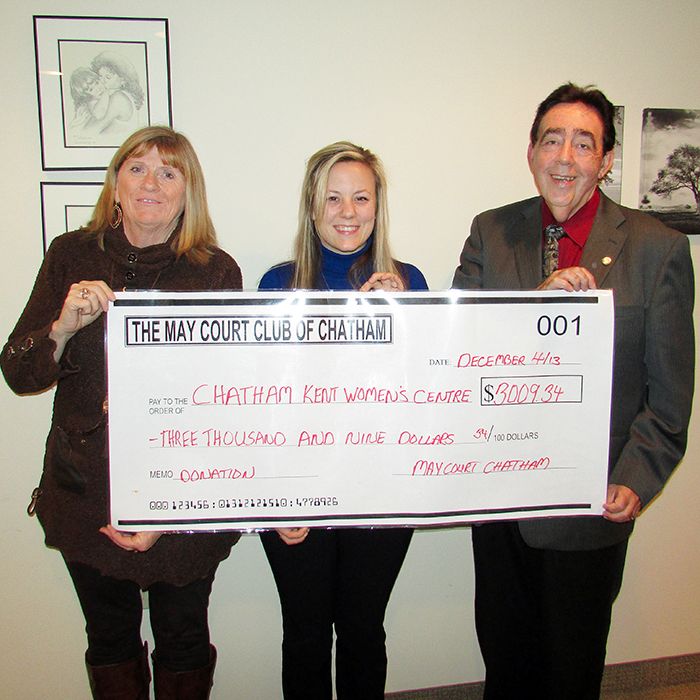 The Maycourt Club of Chatham recently donated more than $3,000 worth of items to the Chatham-Kent Women’s Centre.

The money purchased needed goods such as pillows, towels, sheets and blankets.