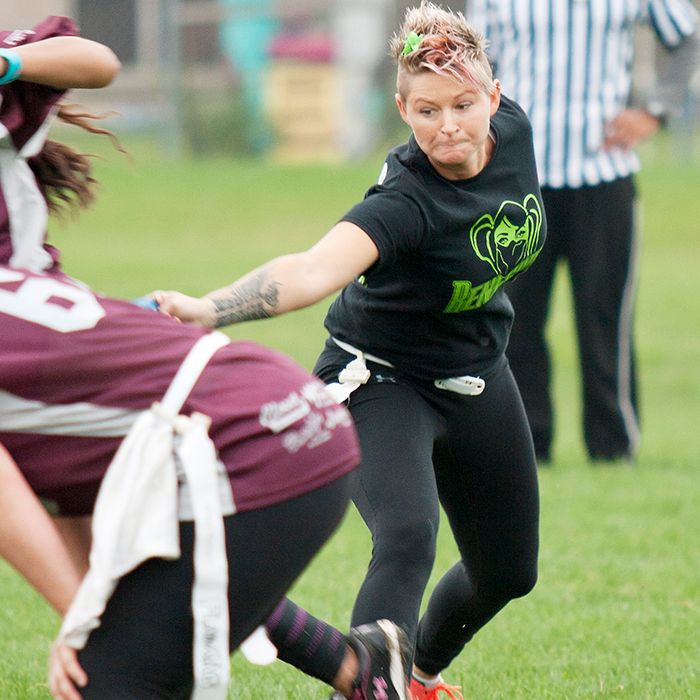 Women’s flag football captain Tegan Nethersole and her teams have come a long way from the days when they would cheer on their husbands from the sidelines.

Today, 34-year-old Nethersole and her two teams, the Renegades flag football team and The Aftershocks travel touch football team, are proud to be one of a kind in the area.

The group of women, ranging from the age of 16 to 50-plus, became interested when they attended their husbands’ and boyfriends’ football games.

“After a while, we all said we wanted to play and that’s how the league got started,” said Nethersole.

That was over two and a half years ago.

Today, the Renegades call the football fields behind Chatham-Kent Secondary School their home, and their team consists of teammates from a wide range of athletic backgrounds.

With the interest of joining the team growing, Nethersole said her main concern is making sure prospective joiners learn the rules of the game.

“Next year, I’m hoping to have in the spring a day where women can come out and play the game for free and have girls who have experience to teach them,” Nethersole said about the possibility of creating another team.

Nethersole says starting up a new flag football team involves a high level of commitment and may be the reason why there are so few in the area.

In the couple of years since the Chatham-Kent 16 roster team began, Nethersole says they have all improved significantly.

“When we started we were not graceful and we’re still not graceful, but everyone has come so far with learning,” said Nethersole.

“It’s getting a little more competitive,” she added.

When playing on any of the Sunday tournaments in Chatham, Nethersole said who is going to win the game is always up in the air.

“Any team can win this thing because of the rain or because people are tired and that’s the truth” said Nethersole.

What makes football such a fun sport for the women, Nethersole said, is it’s a team sport where everyone is involved, and if everyone does her job, they will succeed together.

With the support from the Chatham-Kent community and through the help from local sponsors, Nethersole looks forward to recruiting her daughter’s generation to continue the team to become a competitive force in the sport. 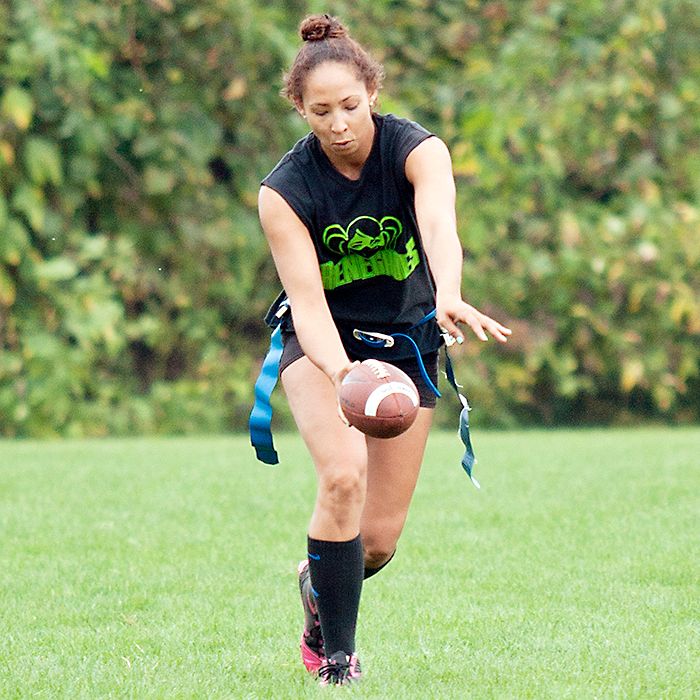