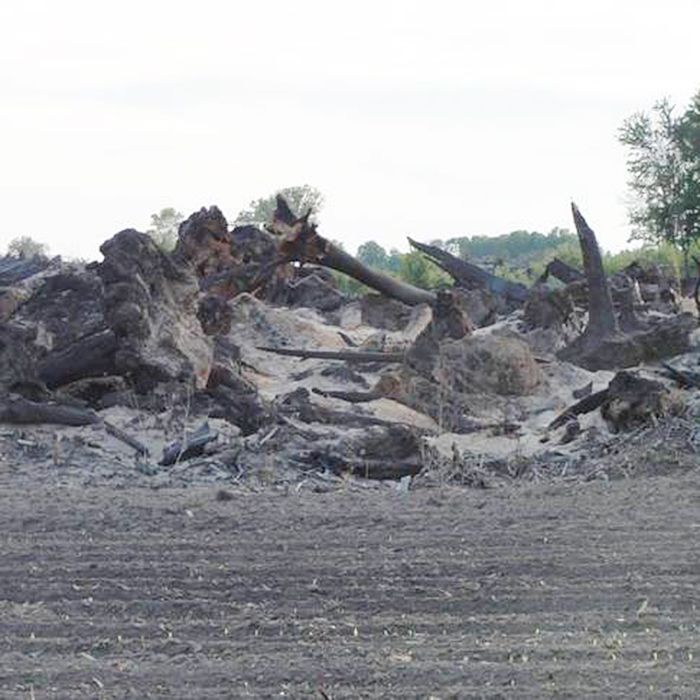 A debate on the merits of a policy versus a bylaw took centre stage as the contentious tree-cutting issue was back before Chatham-Kent council Tuesday night.

A staff report with recommendations to help preserve the forest cover in the municipality was up for discussion during a committee of the whole meeting.

The recommendations, which include receiving a draft bylaw to regulate woodlots and the development of conservation policy will be considered for approval at the regular council meeting on Oct. 21.

Before the councillors had their say on the report, representatives of groups representing different viewpoints made presentations.

Sarah Ferren of Ridgetown spoke on behalf of the group in favour of the bylaw.

She told councillors the voluntary approach to woodlot preservation was failing, given that a reported 1,000 acres was lost last year.

Ferren doubts that a policy would be strong enough to make a difference.

“A policy without any legal backing is simply a statement of intent,” she said.

According to Ferren, 4,435 people supporting a bylaw have signed petition.

Of those, 471 of the signatures are from farmers who own woodlots.

Louis Roesch, a member of the Kent Federation of Agriculture, who spoke on behalf of the KFA and the Kent branch of the Christian Farmers Federation of Ontario, asked council to support a policy.

“This will allow us to all sit at the same table at the same time with the desire to have a policy that everyone can take part in,” said Roesch.

Whereas clear-cutting of trees to make way for house construction and shopping malls is rarely questioned, he noted farmers are labeled as villains when they remove trees to gain more farmland.

“We see the loss of our prime farmland as a great issue that urban people should take part in,” said Roesch. “This is where your everyday food comes from and when this land is gone, it is gone from farming forever.”

Wallaceburg Coun. Sheldon Parsons praised both groups for agreeing that something needs to be done to improve the declining tree cover.

“The status quo doesn’t work,” said Parsons. He believes a bylaw will be more effective.

“Ninety-five per cent of the property owners in Chatham-Kent have been observing sustainability as part of their farm operation and property ownership, it’s the 5% (or lower) that cause the problem and I urge council not to receive the bylaw but to pass it because it’s the quickest way,” said Parsons.

South Kent Coun. Art Stirling said he was leaning towards a bylaw to strike a balance between protecting forests and supporting the agriculture industry.

“I’d be happy to lean towards a policy if I knew what I was leaning on,” said Stirling, who added the bylaw was fairly descriptive, but the policy was short on details.

“I’m still not convinced that a policy is going to deliver what we need, but I’m open-minded enough to allow us to go down that road as long as it is not another year to see what a policy might contain,” he said.

Chatham Coun. Anne Gilbert said a bylaw is needed to add “teeth” to the process.

“We want some kind of mechanism to ensure the destruction that is occurring now is somehow mitigated,” she added.

Gilbert entered an unsuccessful motion for council to adopt the draft bylaw until a policy is developed and approved by council.

The report’s recommendations call for the conservation policy to be developed and brought back to council by April 1 of next year.

Another recommendation asks council to approve $70,000 next year to contract a registered professional forester, including costs for conservation promotions and an educational campaign, to be funded by the reserve for strategic development.