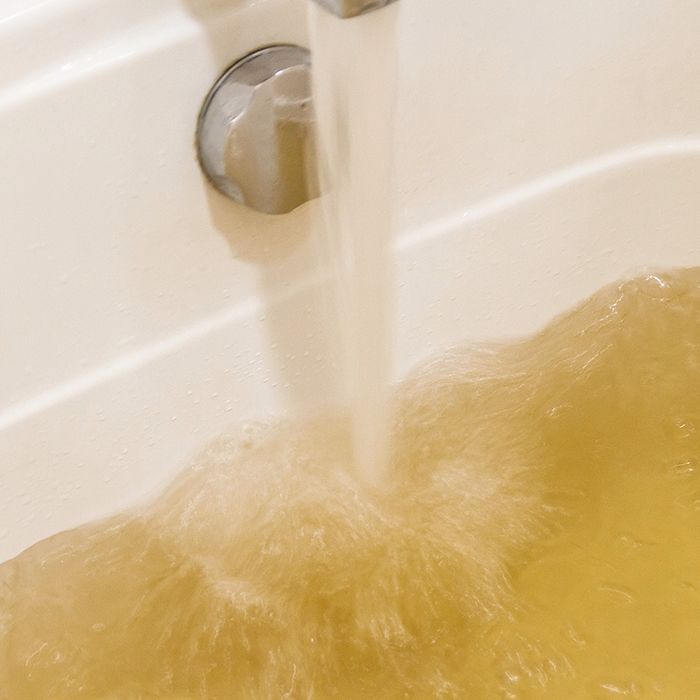 The Chatham-Kent Public Utilities Commission has given general manager Tom Kissner the go-ahead to find a long-term solution to the discoloured water problem in Chatham.

At Thursday’s meeting of the PUC, the commissioners approved Kissner’s recommendation to “develop a scope of work” and get three quotes from local engineering consultants to look at the issue.

The discolouration is caused by the quality of the water coming into the Chatham water treatment plant through the intakes on Lake Erie.

According to the PUC, the annual temperature inversion in the lake has led to a great deal of dissolved organic material being suspended in the water since last week.

Kissner said the levels of manganese have been particularly high, approximately 300 times higher than what they normally see in the water coming out of the plant.

“With an inversion in the lake, you get a pH change, you get an uptake of manganese,” said Kissner. “The insoluble manganese at the lake bottom becomes soluble at a different pH and that’s what comes into the plant.”

Kissner noted that a likely solution is to install a granular or powder activated system at the Chatham plant that could cost approximately $500,000.

“What we would like to do is talk to an engineering consultant to look at different solutions and come up with a preferred solution,” said Kissner, noting that any action or funding would need further approval from the PUC.

After last year’s lake inversion, the PUC spent close to $100,000 on a short-term solution to replace a layer of the water filters at the Chatham plant.

The layer is a granular activated carbon material.

The PUC said the improvement has significantly reduced the taste and odour for this year’s inversion but the discolouration was not eliminated.

As for concerns about possible contamination by toxins like PCBs or mercury, Kissner said those chemicals such as mercury “are down in the lake bed,” underneath sediment.

“Typically when there is a lake inversion, we don’t test for those types of things,” said Kissner in response to a question from The Voice, noting the PUC follows regulated standards.

Kissner said the problem has dragged on because it has taken several days to pump the affected water from the Chatham plant through the system.

“One of the issues is we have to treat the water and we still have it in storage. We’ve got an elevated tower that’s got water in it and we’ve got underground storage that has water in it,” noted Kissner.

“So until we could change that water out and have no water with discolouration in it, we were going to experience it in the distribution system.”

Kissner said the PUC is continuing to send crews to flush out those areas as soon as it is notified about a problem.

With temperatures becoming more stable in recent days, he doesn’t think there will be another inversion-related problem for several months.

“I don’t think it will happen again until spring. Typically we don’t see it until late summer or early fall,” said Kissner.