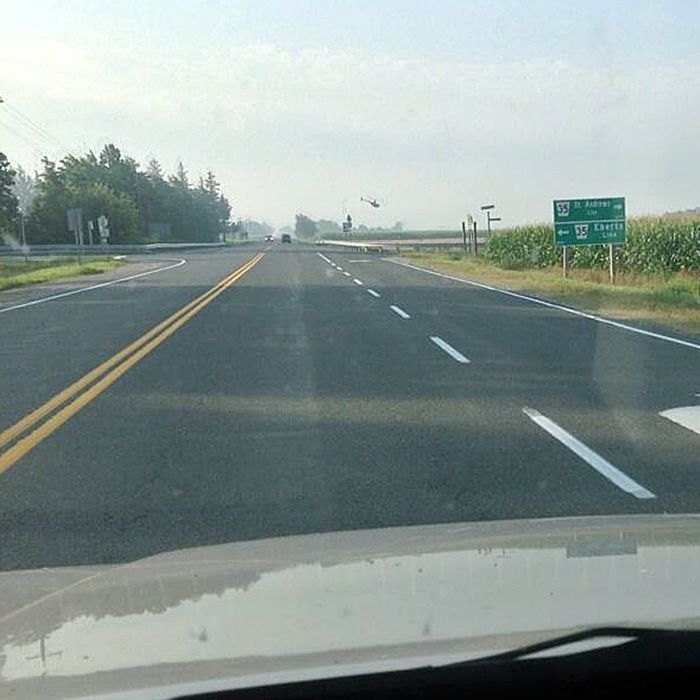 A commuter captured this image of a crop-spraying helicopter working on a field Tuesday north of Chatham.

The provincial Ministry of the Environment is investigating whether any regulations were broken as the result of crop spraying this morning along Highway 40 north of Chatham.

Motorists reported a white mist coming from a helicopter spraying between Oungah and Chatham. The spray landed on the vehicles travelling on the highway and left a smell in their cars.

Lee Bradshaw, an officer with the ministry’s Windsor office, said the substance could be a fungal spray, but nothing is certain until she investigates further.

She said anyone applying pesticides from a helicopter requires a provincial licence.

Bradshaw advised anyone who has a health concern to contact medical professionals.