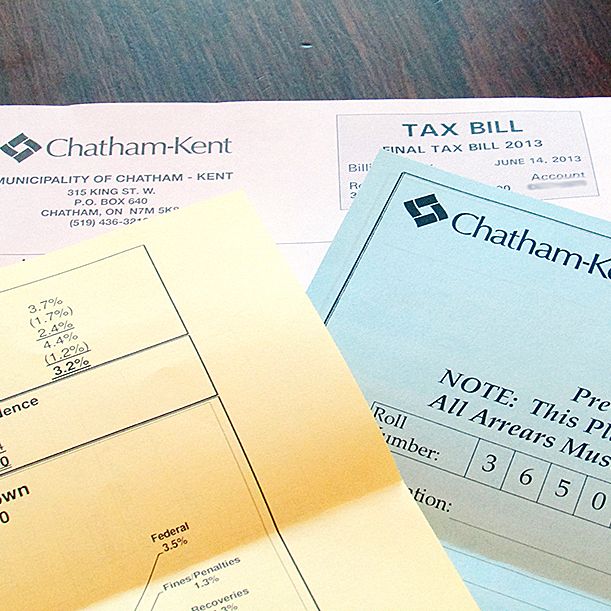 While Halloween takes place at the end of October, many Chatham-Kent residents got a bit of a fright to start July.

Their tax bills arrived in the mail.

Chatham-Kent council lauded itself for holding the tax increase to 3.2%, but reality set in with the arrival of the bill for the final two instalments of the 2013 property taxes.

It was the perfect property tax storm, so to speak, as the province tweaked how it applied an education tax reduction – something council expected would be applied across the board – and the Municipal Property Assessment Corporation (MPAC) began the phase-in on it’s assessment increases. MPAC reassesses land values every four years. The latest review took place last year, with changes being phased in beginning this year.

As a result, farm property taxes rose on average more than 24%, while homeowners saw their taxes jump by nearly 5% on average.

And so began the phone calls, from taxpayer to councilor or to the Civic Centre.

Gord Quinton, the acting treasurer for Chatham-Kent, confirmed the phone’s been ringing, with unhappy folks at the other end of the line.

“Every year, when the final tax bills come in, we do get a lot of calls,” he said. “But every four years, we get an extra flood of calls when their assessments go up.

“Of course, I don’t get phone calls from anyone who gets a reduction in their assessment.”

Farmland in Chatham-Kent shot up in value by nearly 66% from 2008 to 2012, according to an MPAC release last fall.

“That’s a very significant assessment increase on farmland (24.05%), given that land values have changed to dramatically,” council budget chairman Art Stirling said. “The farming community was well aware their assessments were increasing dramatically. But now individual residents are opening up their tax bills and seeing the impact.”

Such individuals anticipated a 3.2% increase, but Stirling said an unexpected move by the province changed that.

“The 1.2% reduction in the education levy … the province dictated that it be applied to industrial and commercial tax bases,” he said. “I guess I was not as aware as I probably should have been.”

But council set the budget in early February, whereas the province’s decision on where to drop the education levy reduction came at a later date, Quinton said.

“The actual municipal budget increase was 4.4%. But there was the education rate reduction of 1.2%,” he said. “The province sets those rates, and after we’d approved our budget, those reductions were directed mostly at commercial and industrial properties.”

That leaves typical homeowners, such as Chatham’s John Lyons, fatigued from taxation.

“From what we’ve been hearing, we sort of braced for it. We weren’t shocked, but it’s the amount of the creep from year to year,” he said. “Over the course of 10 years, (our property taxes) have gone up by 50%.”

Lyons said when residents have to pay more on taxes, it results in less disposable income, meaning less spending inside Chatham-Kent.

“That’s money not being spent at local restaurants, the theatre or when buying groceries,” he said.

If there is a silver lining in this tax cloud, it lies with industrial and commercial taxes, Stirling said.

“The good news is there are significant tax decreases to the commercial and industrial sectors,” he said. “This should help with economic development, but it doesn’t help the individual residents.”

Lyons is also one of the owners of Hub Creative Group. He said they don’t see the commercial tax savings, as the taxes are paid through their lease agreement.

Stirling suggested for taxpayers who experienced a large assessment hike and resulting tax increase to speak up, but pick the right target.

“If you disagree with your reassessment, contact the MPAC office.”

As for municipal council, Stirling suggests this latest tax fright should also give councilors the chills.

“These kinds of tax increases should be a wake-up call for council. It underlines the importance of the service review and a tougher budget stance,” he said. “The majority of council continues to generally choose not to make the tough decisions and tough cuts.”